If you have been keeping an eye on the recent Macbook Air rumors, you’ll know that a new model is apparently on the way soon, and now we have some fresh details on a possible black Macbook Air that Apple may be planning to release.

While this may be completely surprising to some of you, it’s not the first time that we have heard of a black Macbook Air model. In fact, we last told you about one back in February of this year, as a black model was apparently leaked in an Intel advertisement – you can check that out again here if you missed that.

As for the fresh details, information surfaced from MacRumors reveals that their multiple sources have all informed them that a black model will join the standard Macbook Air color in a next generation refresh, bringing Sandy Bridge processors and a Thunderbolt port amongst other hardware delights.

The disappointing thing though, is that we’re still unclear whether Apple will actually refresh the Macbook Air or not, but usually when it has been speculated to the degree that we’ve seen – it’s usually a clear sign that a refresh is coming. Will it happen during the Summer, or will Apple keep us waiting until their Fall event in September, in which we may also see a new iPhone 5, new iPods and perhaps even a third generation iPad device.

We’ve included a picture below courtesy of custom paint specialists Colorware, which gives you an example of how a black Macbook Air may look like, it certainly looks interesting doesn’t it? 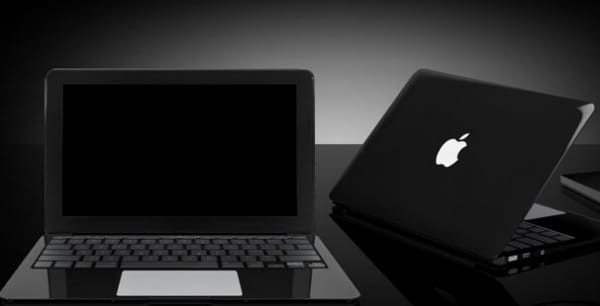 The news about an upcoming black Macbook Air may be met with certain groans for non-Apple fans, as it could be the start of a barrage of ‘black Macbook Air’ stories, much like the way the release of the White iPhone 4 was well documented in the media. Considering the Macbook Air remains a premium product for the average consumer, we doubt we’ll be seeing levels of excitement on par with the White iPhone 4 release though.

What are your thoughts on a possible black Macbook Air? Would you look to sell your current model and get one as soon as they come out, or do you prefer the traditional finish that Apple’s Mac family are usually associated with. It’s always nice to choose between various colors though, so we definitely welcome the idea of a new color for the Macbook Air.