If you have been trying to use the Bitstrips for Facebook then you will notice the cartoon app is down at the time of writing, and the official Twitter account has also confirmed there is problems.

Earlier today we reported the Bitstrips app for iPad and iPhone was experiencing problems, but since then those behind the application stated “we certainly have some incredibly hard working people dedicating lots of time and effort to bringing the Facebook app back up”.

Other tweets from the official Bitstrips account don’t explain why the Facebook app is down, but they offer an apology and reassurance that the Facebook cartoon app will be up as soon as possible. 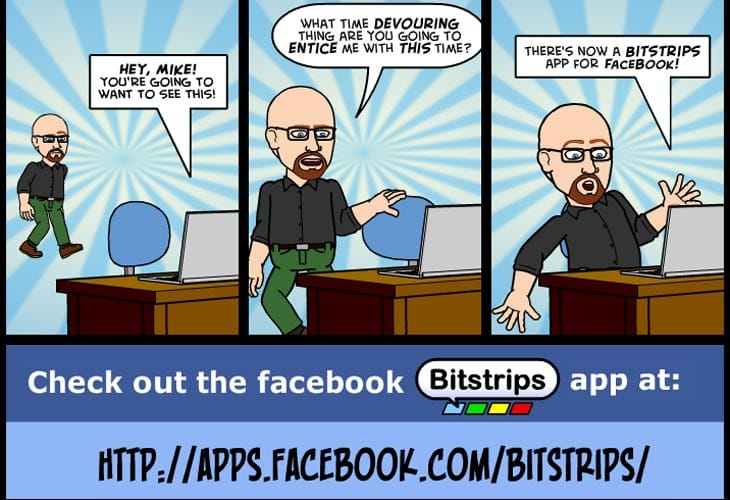 The Bitstrips app uses Facebook to login and is tightly integrated with the social network, so this might be part of the reason mobile device users are having problems using the application.

On the Bitstrips Facebook app page it explains the “servers are overloaded”, and that they are trying to get the service back up and running as fast as possible.

Are you fed-up with seeing the Bitstrips cartoons in your Facebook feed, or are you one of the people trying to login and create a new cartoon strip?

The latest update from the Twitter account reads, “App is down on Facebook, but mobile apps (iOS and Android) are up and running. Working on improving performance as well”.