You will find a number of new features within the Bitstrips app for Android tablets and phones that landed within version 1.1.5 just a couple of days ago. Most of the improvements focus on the user interface being faster and easier to use, but there are also a few additional features as well.

What’s New in the Bitstrips app on Android — both smartphone and tablet users will find many bug fixes along with the application launching around 5 times faster as well. The Android Bitstrips app now includes faster searching, the ability to reset your gender or avatar and sharing improvements. 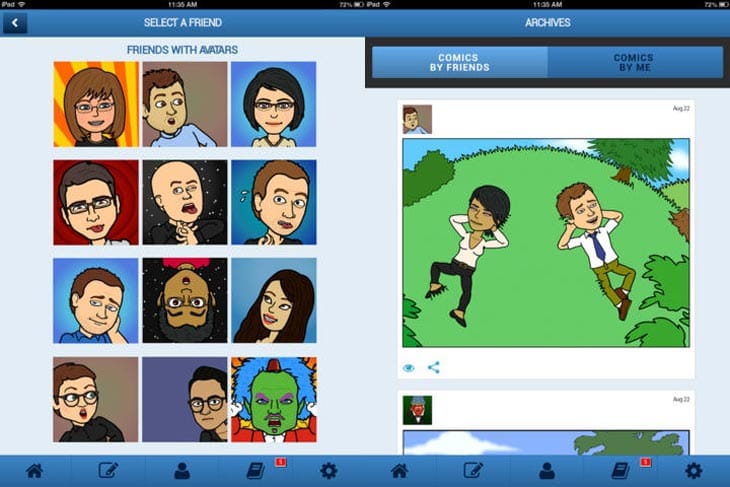 More recently the developers updated their Google Play page to point out they are experiencing server problems at this time. It is worth noting these issues have caused the Bitstrips Facebook app to go down, the iPad and iPhone app to face connection issues and also the Android version to run into server problems.

Within the last hour Bitstrips published a new tweet explaining the app is back up for both Android and iOS platforms, although the Facebook application is still down. You can see a screenshot of the tweet in the image below.

The problems with the tablet and phone app follow everything being fixed previously, but more issues started with another outage today. The Bitstrips app creators point out they are busy scaling up their servers to meet the unprecedented popularity they are currently facing.

Product Reviews readers that currently use the Bitstrips app on Android, iPhone, iPad or Facebook should expect problems for a number of days until the developers can scale up their servers enough to handle the demand.

At the time of writing the cartoon game has been downloaded well over 11 million times. It is not clear what platforms have received the most downloads.

It now seems that some Facebook users love to update their status with Bitstrips instead of text, which describe their current feelings in a much more visual manner.