If you own a PlayStation 3 or Xbox 360 and you’re familiar with Gaijin Entertainment’s previous combat flight simulator titles Apache: Air Assault and IL-2 Sturmovik: Birds of Prey, then you’ll be really pleased to know that both the developer and the publisher Konami have just announced the Birds of Steel game.

As Stephany Nunneley over on the vg247.com website recently noted, Birds of Steel is a brand new flight combat game that’s coming to the PS3 and Xbox 360. The game is based on some of the air battles of WWII, including the battle of Midway, Pearl Harbor, Guadalcanal, Coral Sea and many more.

The Birds of Steel game features 20 historical and various fictitious missions that span over 8 campaigns. Players will have access to more than 100 planes from the entire axis and allied forces’ rosters, including P-51D Mustangs, the Spitfire and the Messerschmidt 109. Players can select a number of planes for each campaign. 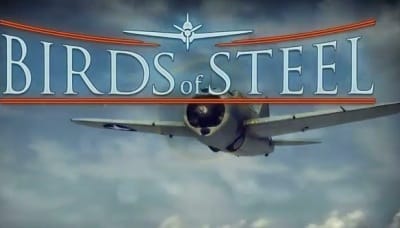 Each plane is susceptible to damage, and as a result will suffer in terms of control. Weather effects for each war zone will also come into play in the Birds of Steel game. The upcoming game — which will be available sometime in early 2012 — will feature both co-op and multiplayer online battles such as airfield raids.

You can view a trailer and screenshots for the Birds of Steel game over on the vg247.com website. Does this sound like a game that you would want to go and buy?