PC gamers were left feeling rather disappointed last year, when 2K Games announced that they wouldn’t be bringing the Protector Trials or Minerva’s Den DLC packs to their platform. However, the people at 2K Games soon changed their minds, and revealed that they would release them after all.

We can now bring you an update on its release, and it looks like it won’t be too long. Although we still don’t have a specific date to give you, the company’s community manager has promised PC gamers that both DLC packs are still on their way. 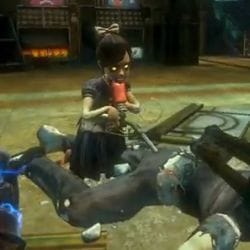 According to Tom Ivan over at computerandvideogames.com (sourced from Big Download), the certification for the upcoming Protector Trials DLC pack is scheduled to be completed at the end of this month. Meanwhile, certification for Minerva’s Den is due to be carried out in early March.

This of course means that the release date shouldn’t be too far off. If you want to keep up with all the latest updates on what’s happening with the DLC, then keep a close eye on the forums.2kgames.com website. Are you looking forward to both DLC packs arriving?