A few weeks back we reminded our readers that the Bionic Commando Rearmed 2 platforming game would be making its way to the PlayStation Network and Xbox Live Arcade at the beginning of this month. Now that the game has been released, we thought we’d take a quick look at a few reviews.

The first review we read through comes from Danielle Cantrell from the ripten.com website. Danielle started off by noting that the Bionic Commando Rearmed 2 game can get frustrating at times, although extra lives are available for those who find it hard to work out the puzzles.

A couple of things that appeared to put Danielle off the Bionic Commando Rearmed 2 game were the fact that it all felt a little too easy, and the enemies seem a bit boring and repetitive. However, it appears that the game’s music and level design make up for the lack of challenge. 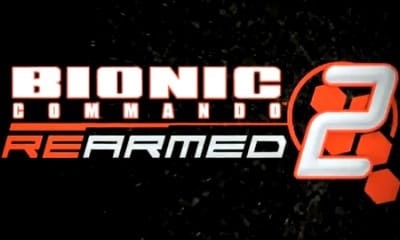 The overall rating given by Danielle was a 7.0/10. Meanwhile, Ben Dutka over at psxextreme.com gave the game a rating of 7.7. According to Ben, the good points of the game is that it does have a nice array of music, neat boss encounters, a few well-designed levels and crisp visuals.

Bad points on the other hand include the fact that the sound can get repetitive and the co-op gameplay can feel unforgiving. The final review comes from David Jenkins from metro.co.uk. Although David praised the graphics and the music, he did criticize the co-op and the enemies/bosses.

David gave the BCR2 game an overall rating of 6/10. You can read the full reviews via all the links provided above.