We finally got to see some of those big changes we were promised for the 2016 Toyota RAV4, as it comes with some much-needed new tech. However, it was the hybrid version that has been stealing the limelight from the new range at the New York Auto Show, which shows that when it comes to the gas-electric hybrid configuration, Toyota still wants to remain on top.

Before we look at what the hybrid model has to offer, we thought we would take a little look at the standard 2016 RAV4 model first, as the design and tech inside is pretty much the same.

When it comes to the styling, the new model gets a sharper look at front to make it more aggressive, while the front lights on the bumper are now recessed. The lights at the rear have also been reshaped, with the bumper now looking a little lower than before. 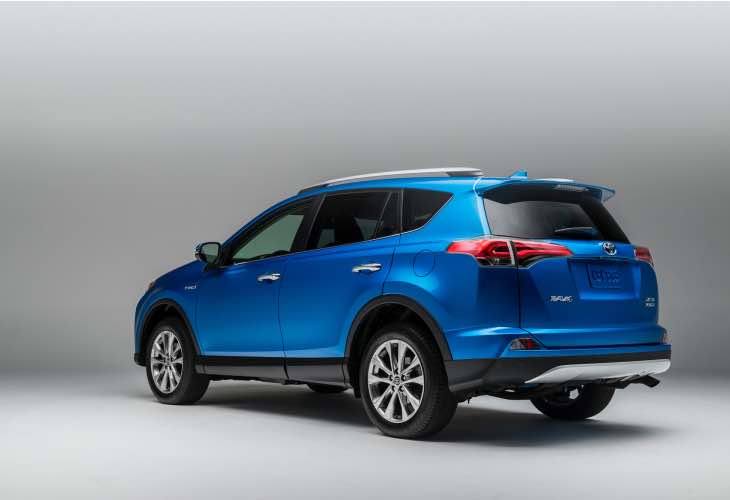 There are several improvements to the 2016 Toyota RAV4 interior as well, such as better quality of materials being used, USB ports up front and also for passengers at the rear, along with cup holders that now take taller mugs, ideal for those large coffees in the morning.

Going back to that Hybrid version, we can tell you that it comes with a pretty similar configuration as the Lexus NX 300h, so a 2.5-liter, four-cylinder engine working in harmony with its Atkinson cycle and an electric motor. We are also told that its horsepower will be more than the standard petrol engine version, which we know is 176 horsepower.

If you would like to learn more, then please visit the Toyota press page.