This year’s show appears to be creating quite a stir. UK consumers are glued to their screens watching Big Brother contestants Dappy and Jasmine Waltz.

To ensure that you don’t miss a thing any more if you have a busy lifestyle – the Channel 5 Big Brother 2014 app is what you need.

Once you have downloaded it, you’ll be kept up to date with Celebrity Big Brother 2014 cast information, including the latest news from the house as it happens, and even video clips and pictures for the most hardcore fans.

Using the app, you can even catch up with Big Brother 2014 episodes, but this feature will be restricted to UK consumers only unfortunately due to television restrictions. 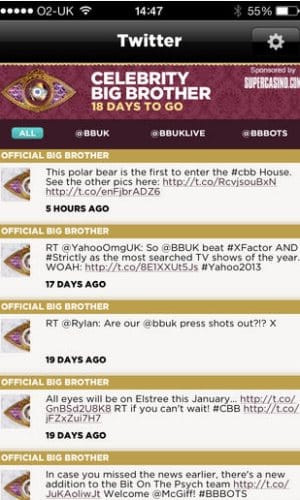 If you are interested, you’ll find the iTunes link here. Let us know if you are already using the Big Brother 2014 app for iPad and other iOS devices. Are you upset that there is no Android release yet?

Also, what do you think of Jasmine Waltz and Dappy?