We have some exciting news now for those of you that are waiting for the full HD, re-mastered version of the Beyond Good & Evil game to be released onto Xbox Live Arcade this week, as it appears that a brand new trailer and the achievement guide have now been revealed.

As noted on the gamershell.com website (which is where you can view the new “traitor” trailer), the game’s story follows a martial artist and investigative reported named Jade, who is working with a resistance agency in order to uncover a government conspiracy.

Gamers take on the role of Jade, as she is tasked with solving puzzles, obtain photographic evidence and fight against the enemies. The Beyond Good & Evil HD game will enable players to unlock trophies and achievements by discovering brand new secrets. 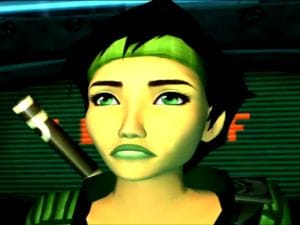 According to Mark Fajardo over at justpushstart.com, the HD version of Beyond Good & Evil contains 200 possible Gamerscore points that can be achieved by players. Most of them are said to be objective, so it will be pretty easy to achieve them.

You can view the full achievement list via the JPS link here. You can keep up to date with all the latest news via the Beyond Good & Evil Facebook page.