Nintendo’s flagship handheld device the 3DS has had a mixed year of highs and lows when it comes to sales so far, but unfortunately for them mostly lows. A significant pay cut back in August saw the sales of their device boosted substantially, however sales have since slumped once again. Yves Guillemot, CEO at Ubisoft says that continual success of the handheld will depend ultimately on the quality of the games rather than the price of the unit.

While speaking to Edge magazine at the Montreal International Game Summit last week he said ‘I think it’s a question of coming with enough games [more] than the price.’ At the same time he gave the company credit for lowering the price when they did as he believed it was too high. He mentioned the fact that when the DS came out everyone doubted it would do well, yet ‘after a year it took off rapidly.’

A recent survey, carried out by four analysts at Bloomberg News, has revealed that the overall sales of the 3DS are likely to be around 16% lower than what is expected by Nintendo at the end of the year, that’s less than 16 million units sold. Guillemot believes that although there is a lot of competition for the 3DS, including the likes of the iPhone, it is ultimately a battle of software, saying ‘If the software is good, it should do well.’

In the run up to the festive season, Nintendo has been doing their best to spark the sales of their 3DS. Yesterday we brought you news of the limited edition Zelda themed 3DS that will be hitting shelves on November 25th. It is launched to commemorate the 25th Anniversary of Zelda. Do you agree that better games are needed for continual success of the 3DS or should the price be cut? 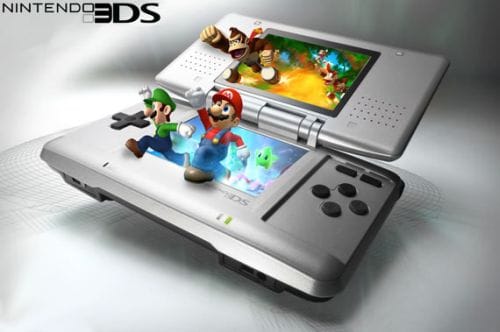