If you have been looking forward to the upcoming release of Bethesda Softworks Brink, you may be happy to hear that you can already pre-order the game.

If you pre-order it from GameStop you will stand a chance of winning a 55″ LED HDTV, a 5.1 surround sound home entertainment system or the choice between a PlayStation 3 or an Xbox 360.

At the moment “Official pricing and release dates have not been announced by the publisher. These are estimates only and subject to change”, therefore as we find out more we will keep you posted. 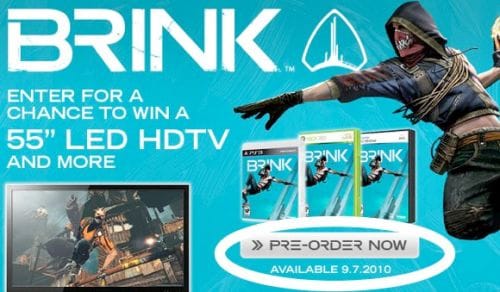