For those that are excited about the list of games that Bethesda will show at E3 2017, we finally have a date to give for when the magic is going to happen.

Bethesda events are always something special for fans, as the developer is known to spring a few surprises.

It’s no secret that the Elder Scrolls 6 release date is on the horizon, so could E3 2017 be the moment to reveal it to the world for the first time? 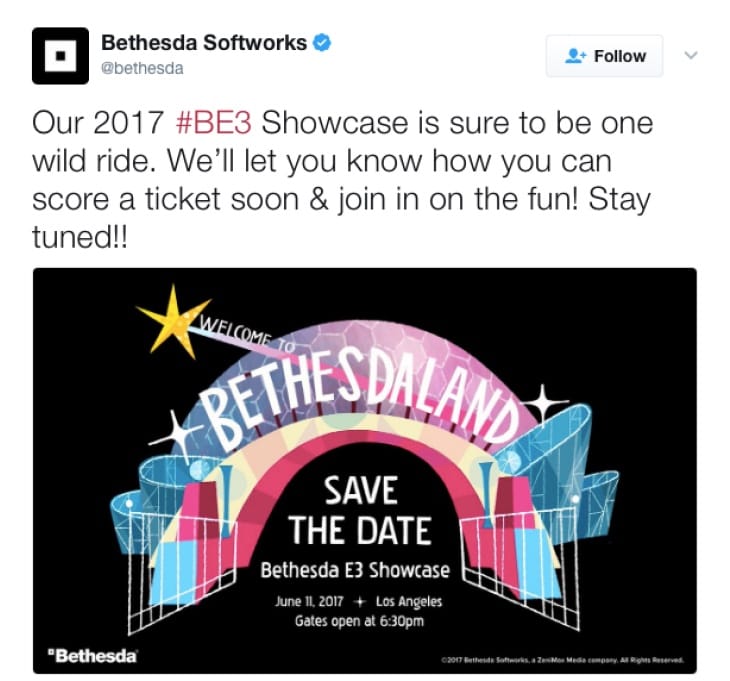 Skyrim was an amazing game and it is mouthwatering to think what direction the series will go next on the likes of PS4 Pro and Project Scorpio – systems which should now be able to close the gap from the favored PC superiority.

Elsewhere though, Bethesda could have plenty to show and the date you need to write down is Sunday June 11 so it is a nice weekend treat before the other main E3 events take place.

There should be a live stream available for Bethesda’s E3 2017 event with the start time confirmed for 7pm Pacific Time or 10pm Eastern Time.

Bethesda E3 2017 game predictions: What else would you like to see apart from an Elder Scrolls 6 reveal? New footage of Quake Champions is likely, but so far everything else remains a secret.