Most of you will have already downloaded various wall charts, desktop wallpapers and similar World Cup 2014 timetables, but we have a great heads-up on a very quick way to make sure you always know what is going on.

Twitter are also getting in on the World Cup fever and we have spotted that the Twitter homepage has been updated with a live World Cup 2014 widget that will appear on your page on the right-hand side.

It will display the upcoming games for the tournament, as well as the World Cup 2014 start time in your local area. For example, you should see the opening match between Brazil and Croatia, which will kick-off at 9pm UK time on Thursday evening. 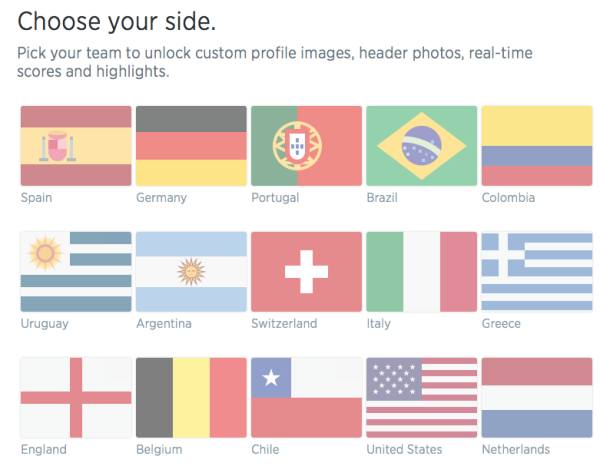 Twitter has also given users the option of fully customizing Twitter further by allowing users to select the team that they are following as shown in our image above. You can then display personalized information for your chosen team giving you the easiest World Cup 2014 schedule direct from Twitter.

It’s a great way to stay updated throughout the tournament as we imagine that Twitter will be one of the first websites that you visit as soon as you log into your computer, mobile or tablet.

Let us know if you will be using Twitter during the World Cup and your thoughts on the new widget. Do you find it useful or not?