Now that 2010 is almost over, many gaming websites have been listing their favorite games of this year. As you can imagine there has been a wide variety mentioned, including obvious titles such as Call of Duty: Black Ops, Red Dead Redemption and Assassin’s Creed: Brotherhood.

I thought I would take a look at a couple of these websites, just to check out what titles are being dubbed the best video games of 2010. The first article I came across is from Chris Kohler over at wired.com, which actually lists the top 20 games of this year including Fallout: New Vegas at No. 20.

The game that came in at No. 19 on this list is Kirby’s Epic Yarn for the Nintendo Wii, while BioWare’s Mass Effect 2 game ended up at number 11 and Donkey Kong Returns made it to No. 6. The game that made it to the No. 1 spot on this list however was Starcraft 2 for the PC. 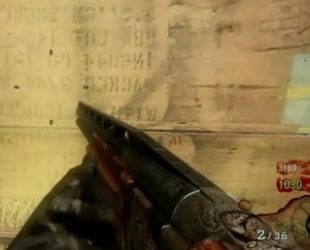 Surprisingly, COD: Black Ops didn’t actually make the top 20 list at all. The next article that interested me is the top 4 games of 2010, from the guys at 4logpc.com. Michael said his favorite title of 2010 was Splinter Cell: Conviction, while Battlefield Bad Company 2 was his runner-up.

Chris on the other hand classed Mass Effect 2 as his best game of this year, and listed Bayonetta as his second choice. Josh listed Assassin’s Creed: Brotherhood as his top game of 2010, while Call of Duty: Black Ops was named as his runner-up.

Meanwhile, Cory named Super Mario Galaxy 2 as his top choice and Call of Duty: Black Ops as his second choice. I’m quite surprised not to see Gran Turismo mentioned on any of the lists. Being a fan of first-person shooters, I would have to say Black Ops is one of my top choices.