When you look at modern cars you will be forgiven for thinking that many of them are starting to look very much like each other. It’s like watching one of the popular soaps on TV, you follow one story line, yet to have a rival soap copy the same sort of plot. So, if a carmaker spots a popular design feature from a rival, it will try to incorporate that on to one of its models, while trying to not make it too obvious.

There are still exceptions to these latest cars, such as those modern cars with retro styling. There are several great models to choose from, but finding a used bargain is like a minefield, as it is hard to know what’s best.

However, we have a handful of the best-used modern cars that offer retro styling to make them stand out against all those other models that look too much alike.

The 1997-2010 Volkswagen Beetle is another classic looking car that comes with many modern features. It looks fun and is also fun to drive as well, which is a great combination. Many of the used models have been looked after rather well, and there are some great examples kicking about where you could expect to pay around £2,000 for a decent example. 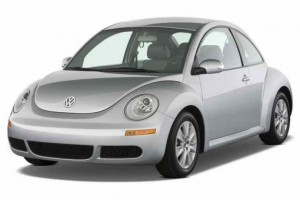 This one may surprise you, but we think the 2002-2011 Daihatsu Copen has that lovely retro twist that just cries out for you to own one. It might look sporty, but it’s not too fast, although it does feel faster while driving it. However, when you sit inside one, you know that there will be many people looking at you in envy, and you will be able to pick up a really decent version for around £3,000. 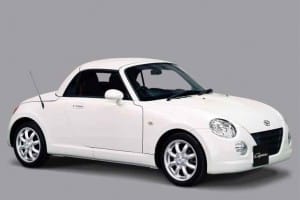 While I have never been a lover of the Mini, there is no denying the appeal of the 2011-2006 Mini Copper with its sporty, look and feel, yet with a very modern twist on an old design. Ok, so it is not as small as the model from days gone bye, but being able to pic up one of these models from around £2,500 at the cheapest is just one of many reasons what makes this so popular. 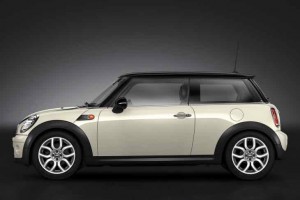 If you are looking for old-school charm, but with a modern twist, then top of our list would have to be the Fiat 500. We know that it might not be the best in terms of the way it drives, but you cannot fault its exterior and interior styling. There are many bargains to be had, although you need to make certain you get the right color, although white with the Italian flag as a stripe down the middle is one of the better options.

These are just a few examples of modern cars that offer a retro twist, but what else should be on this list?