We have already seen automakers flex their muscle to the media at the 2015 Detroit Auto Show, although they are not finished yet, as these companies will now show off what they have to the public. There have already been some great cars shown off at the event, such as concept models and trucks.

It is the latter that has gained a lot of interest because with falling gas prices there seems to be an uptake in the number of people in the US looking to buy a new truck. The good news is that there was a lot to choose from at the show and still is if you head down today, as the car manufacturers seems to be catering for many different needs. 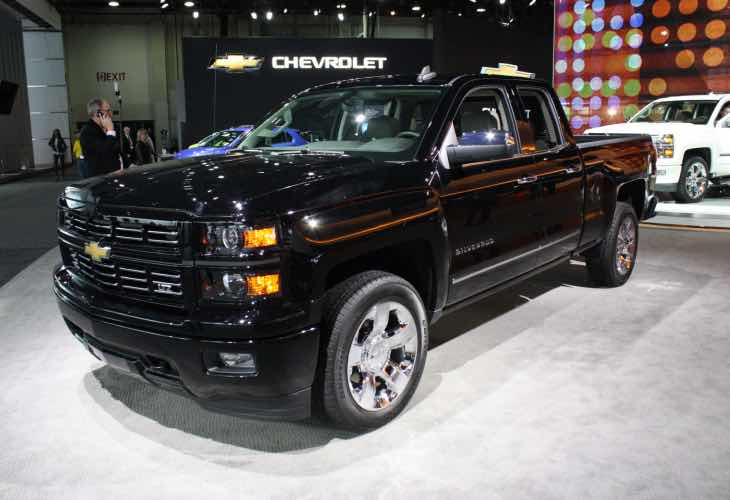 Best trucks at Detroit Auto Show 2015 — We already knew before the event that the 2016 Nissan Titan and Toyota Tacoma trucks would get a warm reception and we were not wrong, although only time will tell as the public get their chance to see which truck makes the grade.

Some of the other trucks that were at the show and were thought of highly were the 2015 Ram 1500 Rebel with its rugged, yet oddly styled exterior. The 2015 GMC Canyon Nightfall Edition might be one of the larger models, but seemed to stay under the radar during the media days.

The 2015 Chevy Silverado Custom Sport was the same because while it is rather large, it is also very subtle, which may or may not appeal to you. However, one model that stood out to us was the Ford F-150 Raptor, with its new aluminum body, chassis and a new EcoBoost V6 engine.

These are just what we thought were some of the best trucks at the 2015 Detroit Show, but what models stood out for you?