On December 14 – 15 it would have been a year since Star Wars Episode VII the Force Awakens hit cinemas, and in just a few days time people will be able to head back to the cinema to watch Star Wars Rogue One, which is a standalone story set before the events of A New Hope. With its release being just before Christmas, we can be sure that Lucasfilm and Walt Disney Studios Motion Pictures will market this new movie to death – especially in the toy department.

Having said that, we can already see many of the big retailers selling a huge range of Star Wars Rogue One toys in the UK, such as Amazon, Argos, Smyths, and Toys R Us. 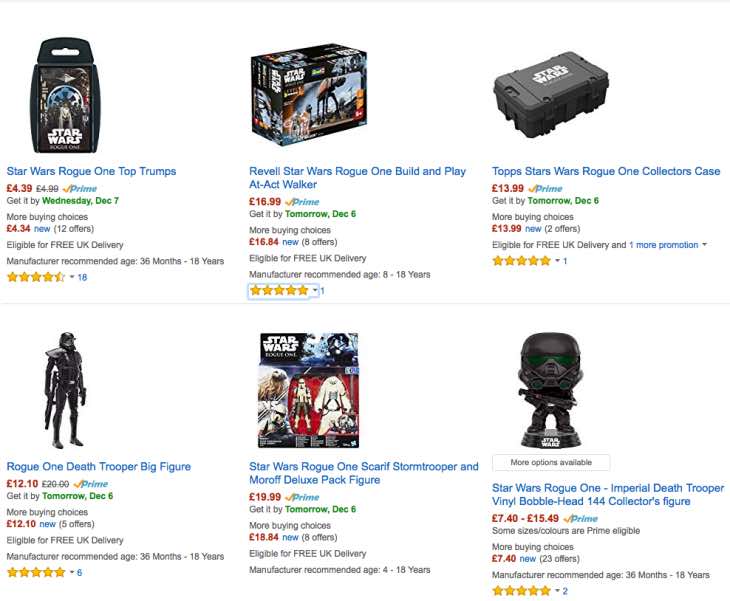 Amazon has more than 700 Rouge One toys and other merchandise costing less than £20, and so you will not be left wondering what you can get your child for Christmas. These items range from action figures, card games, model kits, NERF guns, and even Bobble Heads. 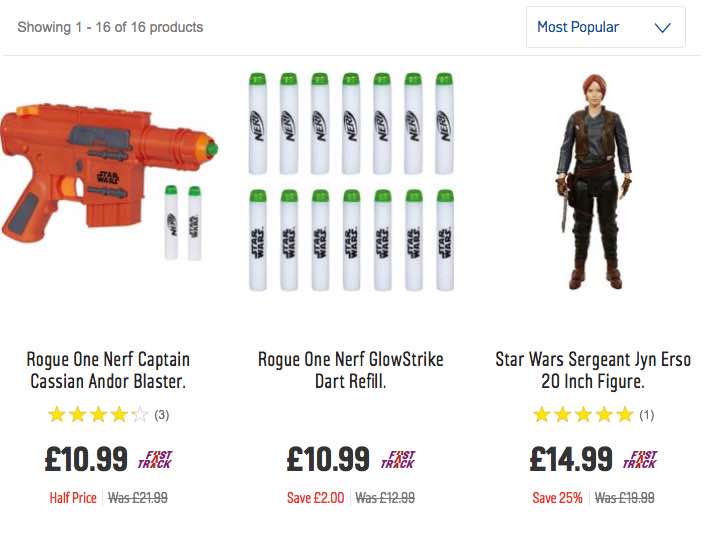 Argos does not have as much choice when it comes to Star Wars Rogue One costing under £20. However, the 16 products they do have does come with some massive savings, Such as half price on a Rogue One Nerf Captain Cassian Andor Blaster, or 25 per cent off a selection of action figures. 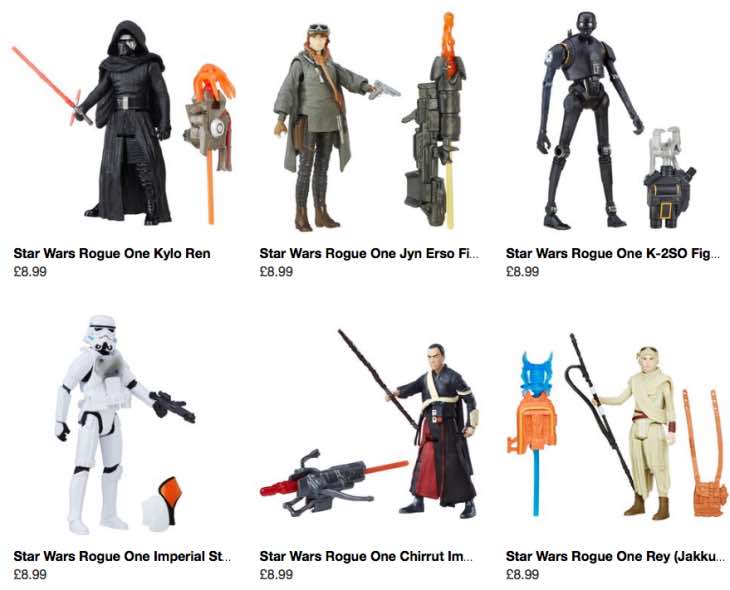 Smyths only has 14 products that falls under the £20 category, all of which are action figures.

Finally, we have Toys R Us, and there are just 9 results showing up, and so not much choice here at all. Having said that, we do like the Star Wars Rogue One Imperial Death Trooper and Rebel Commando Pao Deluxe, as it would make a perfect gift at just £15.99.

Have you found your perfect Rouge One toy yet, and if so what is it?