Depending who you ask, the car is considered the best invention ever. Yes there have been a number of other great things, such as the computer, penicillin and the Internet, but it is the automobile that has changed our lives over the years dramatically — even more so for horses. We thought that this would be the ideal time to take a look at some of the best selling cars of all time, and there are some surprising entries.

The best selling car of all time is not that hard really, as it used to win best vehicle many years in a row. The car in question is the Toyota Corolla, and in its lifetime since being introduced in 1966 has sold more than 32,000,000. We understand that the Japanese automaker is unable to shift these cars in the numbers that they used to.

However, we have to wonder how long it will be before the Ford F-Series, which was launched in 1948 will take to catch up. Yes we know that the truck has been around for 18 more years, and that they have sold over 30,000,000 vehicles, but sales still remain strong. 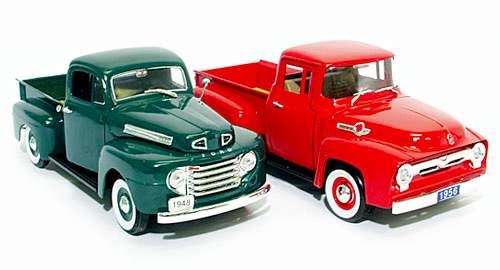 One of the most surprising cars that sold in high numbers was the Ford Model T, which was the world’s first production car. Ford managed to shift more than 16,500,000 vehicles from 1908 to1927, but what we found fascinating was how fast they were able to shift these in a market that was much smaller at the time.

What surprised me the most was how the Mini sold just 6,700,000+ since coming to the market in 1959. We had assumed that the sales figures would have been much higher. Thankfully BMW has now made the small vehicle fashionable again, and there is now more version than ever.

What cars do you see selling in huge numbers from now until the end of their lifespan?