Google announced its new flagship handset, the Nexus 6P earlier this month, and the smartphone is now available to buy. Even though you have already made your mind up that this is the Nexus model for you, the next option you have to make is the network.

Finding the best Nexus 6P deals — Now, you could choose to buy this handset direct from the Google Store, although we know some of you would rather go with a UK mobile phone network, as they do offer some great incentives to get your custom. 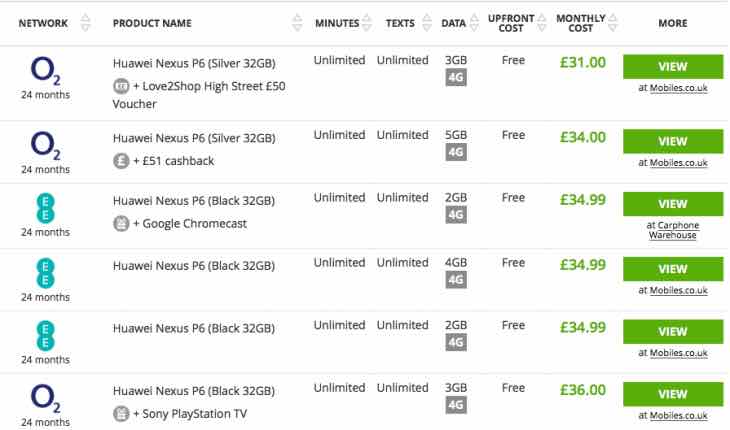 It’s clear to see that the best deals can be found with O2, and a fine example of this is getting a 32GB version of the Nexus 6P for free. This comes with 1GB of data, and unlimited calls and tests for £27.50 per month over two years.

If you require more data, then you can go with a similar option, although with 3GB of data instead for £31 per month.

Let’s say that you would rather go with a different UK network, then you could always consider EE, as they have a plan where you only pay £22 per month, although you will need to pay £170 up front for the Nexus 6P.

These are just three deals, but there are many more on offer, all of which you can find here.