One of the biggest issues surrounding the iPhone 4S apart from the battery issue were the protective cases. The reason for this is because some of them were not compatible with the latest Apple handset, due to a few areas not lining up. As a result some parts of the cases had to be modified, such as the OtterBox Defender. Thier changes were only minor, such as the larger opening on the front to accommodate the proximity sensor and the front-facing camera. Also a larger hole so that it does not interfere with the rear-facing camera and LED flash. Other than that, it’s just the same as the model for the fourth-generation iPhone.

The first thing that we were not impressed with was the size of the packaging, because to us the size of it is just an overkill. Whenever you think of an otter you think of nature, not sure the use of all that paper, cardboard and polystyrene carries the right message. Having said that, it’s all about what’s inside the box.

We were a little shocked to see no instructions in our review unit that was sent to us, so much so that we found ourselves staring at the case in our hand with no idea how to get into it. Having never had an OtterBox case before, it was more like working out how to break into Fort Knox. A quick search on YouTube helped us work out how to start to take the product apart. 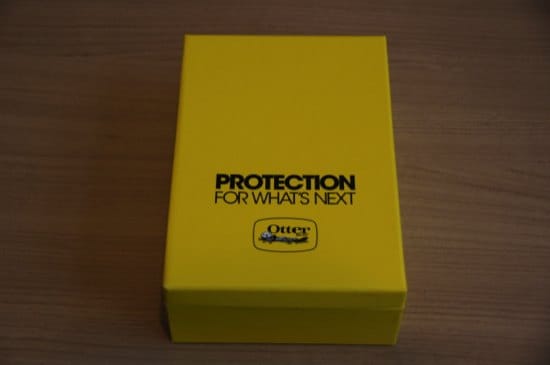 The idea behind the OtterBox Defender series is to not make your phone look all nice and slim, it’s to protect your investment, which you would have spent hundreds of dollars on, and just first impressions tells us that the case will do the job well. Let’s get one thing out of the way first, although the otter loves the water, this case is not waterproof, so don’t even try to immerse your phone in the water once it’s sitting snug inside this case. 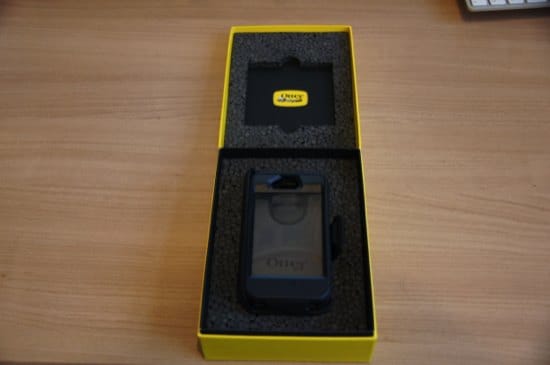 There are a number of companies that aims to protect your iPhone, some of them waterproof, but OtterBox were one of the first to start it all off when it comes to robust covers. It’s no secret how easy the iPhone 4S is to crack, all it takes is a drop from waist height and that so-called tough screen will look like it has taken a hit with a baseball bat to a car windscreen. Now don’t even expect me to try this on my brand new iPhone 4S, you’ll just have to take my word for it when I say that your phone will be much safer. 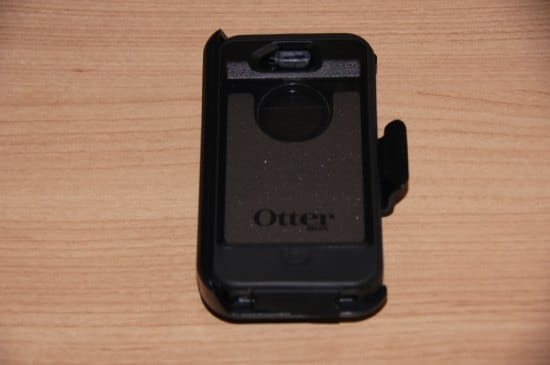 Once you have peeled away the rubber cover and then unclipped the two plastic parts you can then place your handset in. You then just clip the two pieces back together then put the rubber cover back over, which can be a little tricky. You then have the choice to carry your now bulky iPhone in your pocket or clip it into the cradle, which can also hook onto a pocket or belt. This makes it perfect if you have a job in construction, as the handset is easy to get hold of, as well as being protected from all the dust and other things that go with this kind of environment. 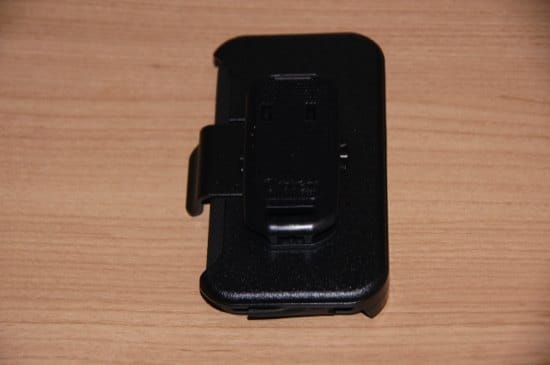 We were surprised, as it was not as bulky as we were expecting, we have seen battery cases look bigger. The only downside that we have with the OtterBox Defender for the iPhone 4S is the protective screen cover, as it has a sort of orange peel effect, which does hurt your eyes after a while when looking at text, because it makes it a little blurry. Having said that, it’s a small price to pay for protecting such an expensive device. For more details visit OtterBox.com. The OtterBox Defender for the iPhone 4S is available in 8 color variations. 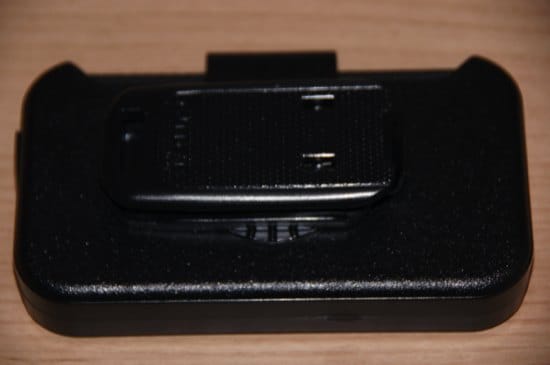 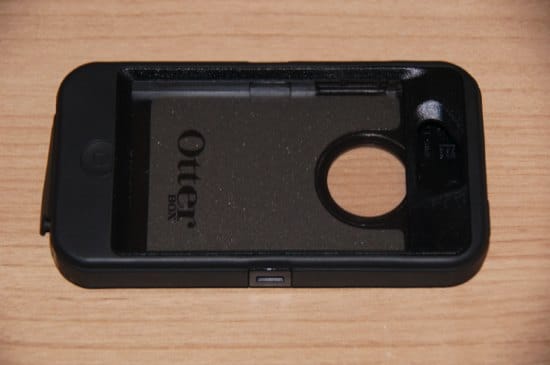 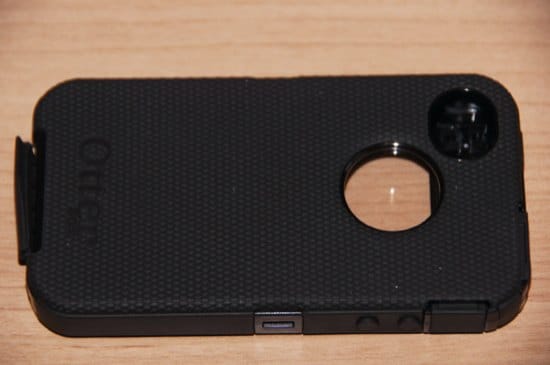 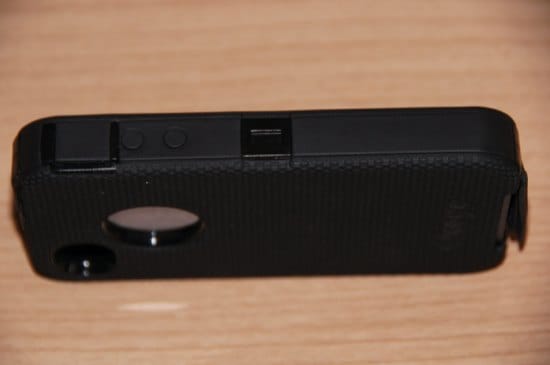 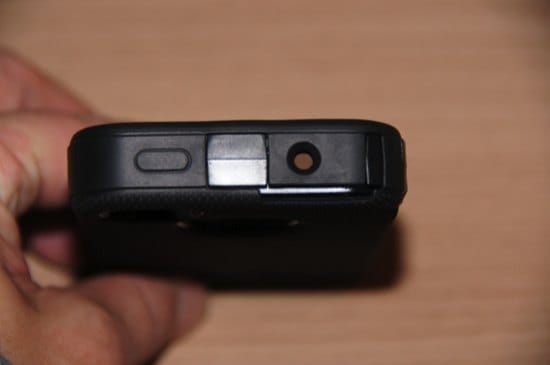 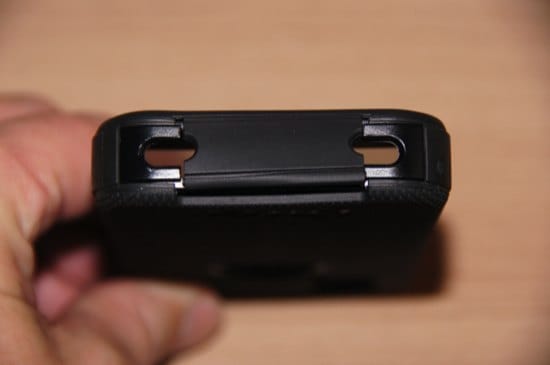 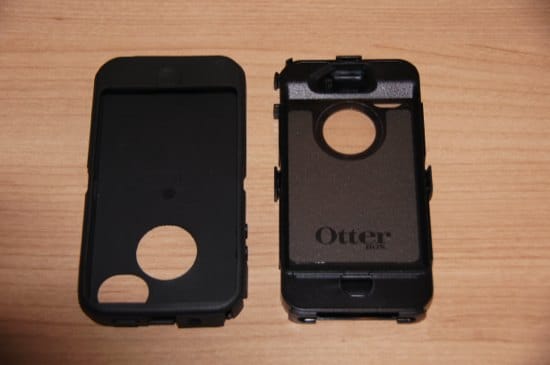 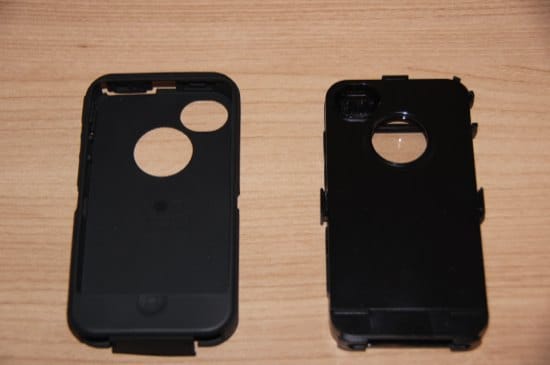 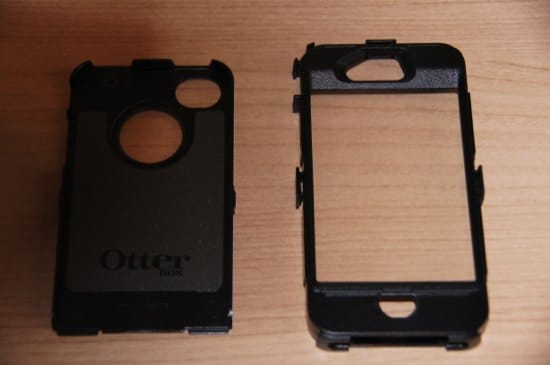 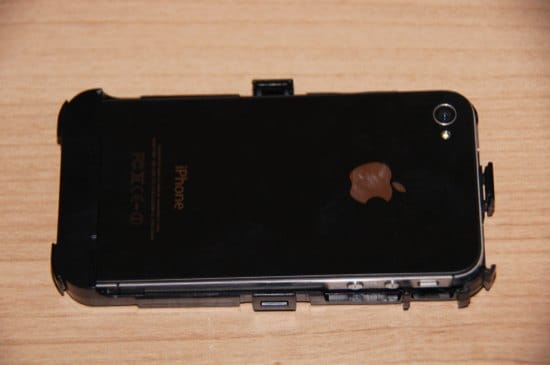 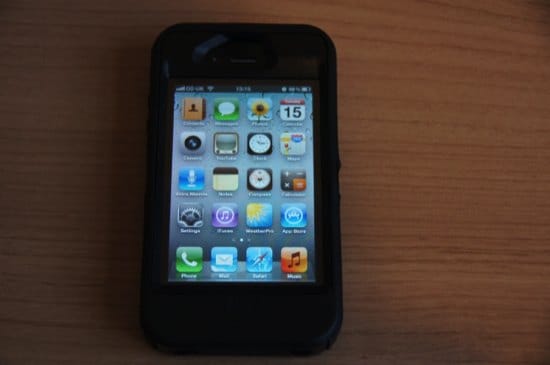 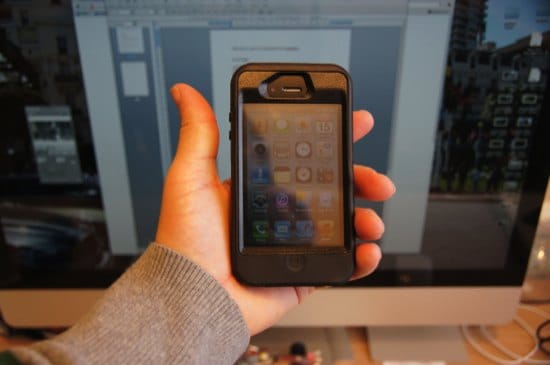