Gaming on iOS devices appears to be growing more and more popular by the day, with more game applications being added to the Apple App Store all the time. In fact, around 41,000 of the 300,000 plus apps that are available in the store are games.

Multiplayer gaming in particular has become even more popular on the iPhone/ iPod Touch and iPad, especially since the Game Center was launched on the iOS platform last year. Sean Ludwig at laptopmag.com has recently listed what he thinks is the top 5 iOS multiplayer games.

Archetype is the first game that is mentioned on the list. Archetype allows users to play from a first-person perspective, and compete against other players in both capture the flag and team deathmatch modes. The next on the list is DinoSmash Online. 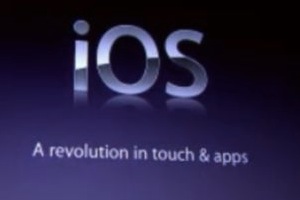 The DinoSmash Online game uses the Game Center to match users up with other players. If fast-paced multiplayer battles are your cup of tea, then you’ll probably love DinoSmash Online. Fruit Ninja by Halfbrick Studios is another game mentioned.

Although the concept of the game probably sounds silly (you have to slice flying pieces of fruit with your finger), it is said to be rather addictive. The Fruit Ninja game gets even more fun when you start playing friends or random opponents online.

The other two games mentioned are Strategery and Words with Friends. A few of the iOS multiplayer games that were nominated for the Best Multiplayer Games award over on the bestappever.com website include StarDunk, Call of Duty: Zombies and Real Racing HD.

Call of Duty: Zombies was in fact one of the iOS games mentioned in a recent article by David Lister over at appolicious.com. David listed the best dual-stick shooting games on iOS devices, with Call of Duty: Zombies, Revolt and Age of Zombies being among them.