Combine that with some attachments such as fast mags and quickdraw and it becomes a killing machine. Then equip the Combat Knife after reaching rank 10 and you almost become a one man army racking up all of your scorestreaks in no time. 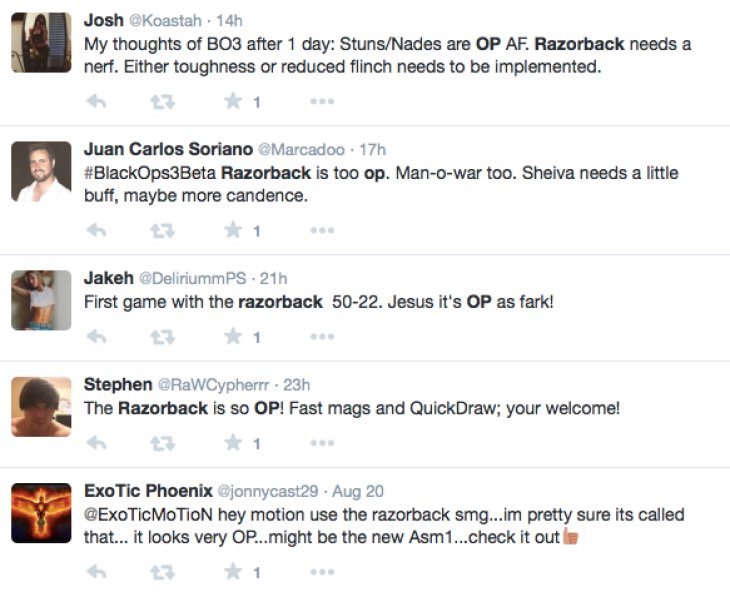 Inevitably, we can already seen feedback all over Twitter from many players who say that the Razorback is ‘OP’ at the moment and needs a nerf before the final game is out.

Remember that this is what a beta is for though and no doubt Treyarch will be studying this data and will probably tweak the weapon before launch in November.

We’ve used the weapon ourselves and it does seem particularly strong compared to Assault Rifles and much better than the Kuda.

If you have been playing the BO3 beta, let us know your experiences with the Razorback so far. Do you agree that it is the best gun in the Black Ops 3 beta at the moment and could do with some tuning before launch?

We’ve added some Razorback Black Ops 3 gameplay below, so watch that then give us your feedback.