One of the most enjoyable aspects of Dragon Age Inquisition multiplayer is opening up those large chests, in the hope that you get some epic loot. In other words those lovely purple cards which will help you put up a fight when taking on the much more harder ‘Threatening’ difficulty level.

Just like FIFA 15 Ultimate Team though and Xur’s inventory in Destiny, the large chest loot in Dragon Age Inquisition multiplayer is completely random – or in simple terms, it’s never pre-set.

We have seen some players get more than one epic item in a single large chest for 1200 coins, and other pack openings which contain rubbish.

We say rubbish, but actually no items are rubbish in reality since you will want to salvage everything you don’t need to build up those cloth materials to craft armor for one of the other characters in multiplayer – Arcane Warrior is really fun to play as. 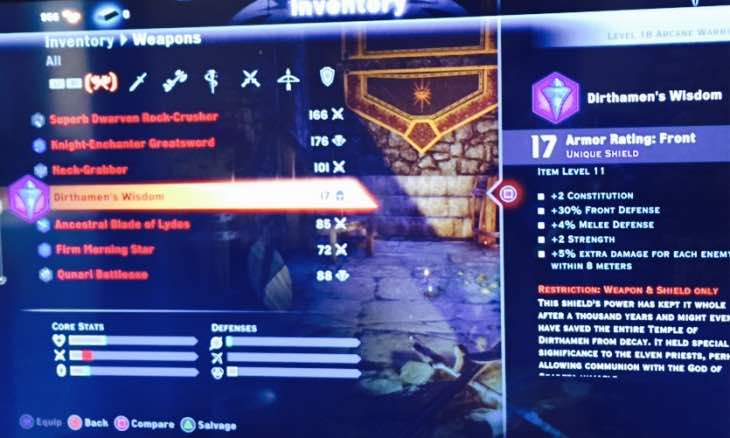 What we wanted to know from you though, is what the best Dragon Age Inquisition epic weapons are that you have received from large chests.

From our experience with multiplayer, purple cards are extremely hard to come by and the only one we have received so far is the Dirthamen’s Wisdom – which comes with the ability to output 5% extra damage for each enemy within 8 metres.

One extremely rare item that players seem to be aiming for is the Longbow of the Griffon which can fire three hits in a single arrow – very nice indeed.

Let us know the best loot you have received so far from those large chests. Does it remind you of opening packs for FIFA 15 Ultimate Team?