When choosing the best color eBook reader you have to prepare yourself that the Amazon Kindle is not in the running; this is because there isn’t one, and there are currently no plans to offer one as yet. So this leaves you a few others, such as the Barnes & Noble Nook Color and the Apple iPad.

The Nook Color is a good device, but that’s all it is. However, the iPad is in a different league; one because you can read eBooks on the device, and the other that it can do so much more.

Andy Ihnatko from Sun-Times has been looking into why people have been holding off buying one of these devices, and believes that this is now the best time to go ahead and get an eReader. He believes that although the iPad is a great device, it is its size and price that has put people off. Those hoping for a 7-inch version would have been disappointed when Steve Jobs announced that Apple would never offer one that size. However, Ihnatko concludes that the iPad is still the best eReader; would you agree with that assumption? 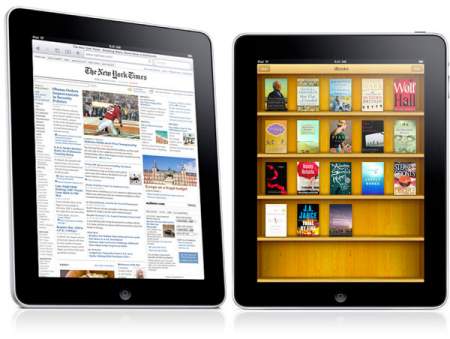 The iPad has changed the lives of so many people, which we learned while reading a few iPad success stories. Christopher Breen from Macworld said that he bought Apple’s tablet device for his 50-year old mother so that she could not only check her email, but surf the web as well. He was shocked to learn that she has a few games on there, as well as a few books.

Another great story, is how Christopher and his mother also persuaded his grandfather to take a look at the iPad. The reason they did this was because he was having trouble reading the small print on books — well he is 100 years old.

The moment he started reading a book on the tablet he came back with the remark “This is the end of libraries for me. How marvelous!” I think that about sums up how popular the iPad has become, it is not an ageist device.

Do you have any great stories about your iPad?