We have some more Clash of Clans strategy tips to give you now, for those that are having problems coming up with a winning defense formula. Galadon is back with what he claims to be the best Clash of Clans Town Hall 10 base defense ever – take a look and see what you think.

At the moment, players can still enjoy the Halloween content in the game as Supercell are extending the spooky content until after Halloween is over.

You can now buy items such as a Skeleton Trap, Halloween Headstones, pumpkin bushes and more importantly, utilise the 4th mortar which we told you about separately here. 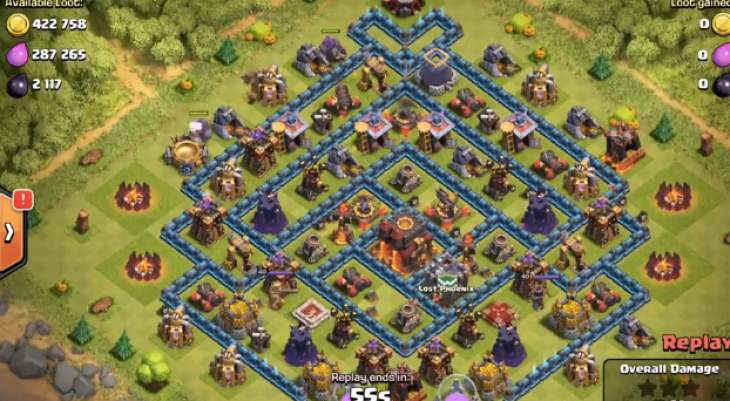 Now, Galadon offers up his latest tips and this time it is for those players who are on Town Hall 10. He has named this strategy the “Galatrap” and it features some intense moments during the full replay which we’ve included below.

There’s even one moment where his queen manages to take down a Pekka directly next to the Town Hall which Galadon says he’s never seen happen before during a high intense defense.

Simply put, it looks like this defense is unbeatable. He already showed the same defense on Town Hall 8 and 9, but this one now shows how the business is done on Town Hall 10.

Can you honestly say that you have a better defense setup than this? Watch the video below and let us know if you can beat it, or plan to use the same strategy yourself.