With the Masters Golf Tournament 2014 event due to start later today, we thought you might want a heads up on the best ways to keep up with the live scores and leaderboard. As ever, the easiest and one of the most popular ways is by using an app, and there are only a handful of apps out there worth using.

If you are eager to keep up with The Masters 2014 live scores, then apps are far quicker to access rather than waiting for news channels to update you.

The first and most obvious app for The Masters live scores and overall leaderboard standings is the official Masters 2014 app, which is available for the iPad, iPhone and Android smartphones and tablets.

Another app that ought to be worth a download is the Fox Sports app for Android and iOS, as you not only get live scores from this year’s Masters, but get to keep abreast of the latest news from the event as well, such as stats for each player and news headlines. 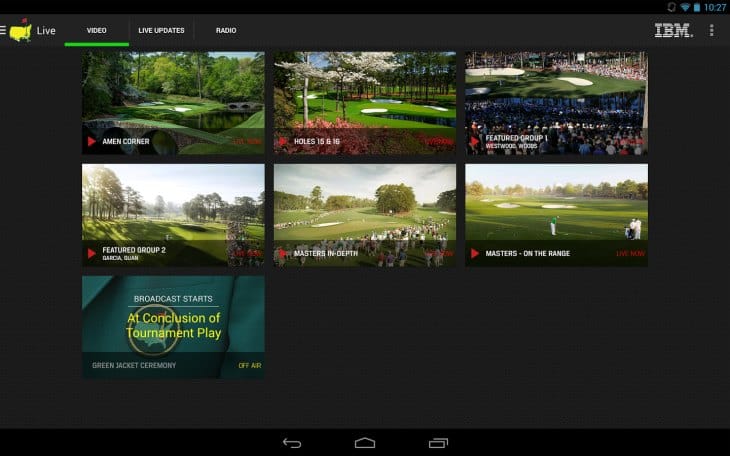 The Golf Channel is another app you should consider on the App Store or Google Play, although it’s not as in-depth as the official Masters app, and also ESPN is worth considering as well, which can be downloaded for either Android or iOS devices.

If you live in the UK and would rather an app dedicated to the UK audience, then the Sky Sports app would be it, as it has a section on it dedicated to golf, and so will keep updating on a regular basis during the entire Masters Golf Tournament 2014. Like the apps above this is also available for Android and iOS.

What apps do you use for live scores and why?