Apple is late to the party once again, this time with wearable devices for the wrist. The company has stated its intention to get in on the action, but its Watch device is unlikely to be released until February or March at the earliest. Android as ever was ready and waiting and launched a product called Android Wear, which is a software dedicated to smartwatches, something the likes of LG, Motorola and Samsung jumped on.

Now that Android Wear has been available for a little while now, there is already a good selection of apps available, so we thought we would take a little look at some of the best Android Wear apps so far for this month. 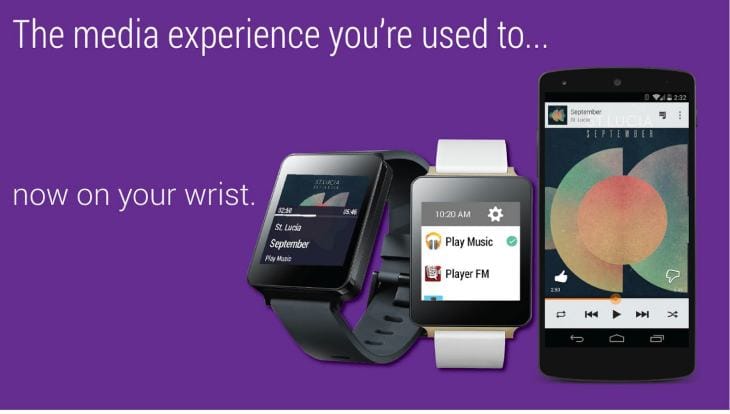 Best Android Wear for October – First up we have Music Boss for Wear, which is perfect if you love to listen to music. This app will take over the entire face of your Android Wear watch, and adds improved control over the music that appears on your watch face. You can swipe left or right to scroll though your music, or turn up or down with a simple gesture. This is not one of the free apps, but worth the small price on Google Play.

Another app that deserves a mention this month is Small Wearables, which is a collection of utility apps that do not try to over complicate things. What we like about these apps is they are simple, and straight to the point instead of being too flash. One such app in the collection is Twitter, although Android Settings, Photo Gallery, Tasker Task Runner, Tip Calculator, Phone Pager and App Manager are equally as useful.

The final Android Wear app on our list is Facer that allows you to create your very own perfect watch face. You can go with a square or round face, along with various forms of text and colors. You can have some real fun with this app, more details of which can be found on the Google Play Store.

What Android Wear apps do you have on your Wear device?