There are so many ways in which to get your fix with media content, such as TV shows or Movies, as well as other great content straight to your TV. However, it’s like a minefield out there because of there being so much choice. We know that having a good amount of choice is great for competition, but it does make it hard to know which is the right solution for you. However, let’s say that you have done your homework and found that either Android TV or Kodi Box is ideal for you, then your work has been made that much easier.

We will be looking at what we believe to be the best best Android TV options below, along with the Kodi boxes, and will also be adding to them as newer models are released, and so you might want to keep checking back with this article for updates.

Even though Google has now stopped selling their Nexus Player, there are still many options available to consumers and we are not talking about the Chromecast, as this does not offer enough in terms of user experience.

NVIDIA Shield – We know that this box is not the newest of the bunch, but with the help of the Tegra X1 chip, it’s certainly a capable one. Not only that, with this box supporting 4K, it makes it ideal for connecting to your 4K TV, along with the added bonus of playing some awesome games. However, the starting price of $200 could be a bit of an issue for some of you. 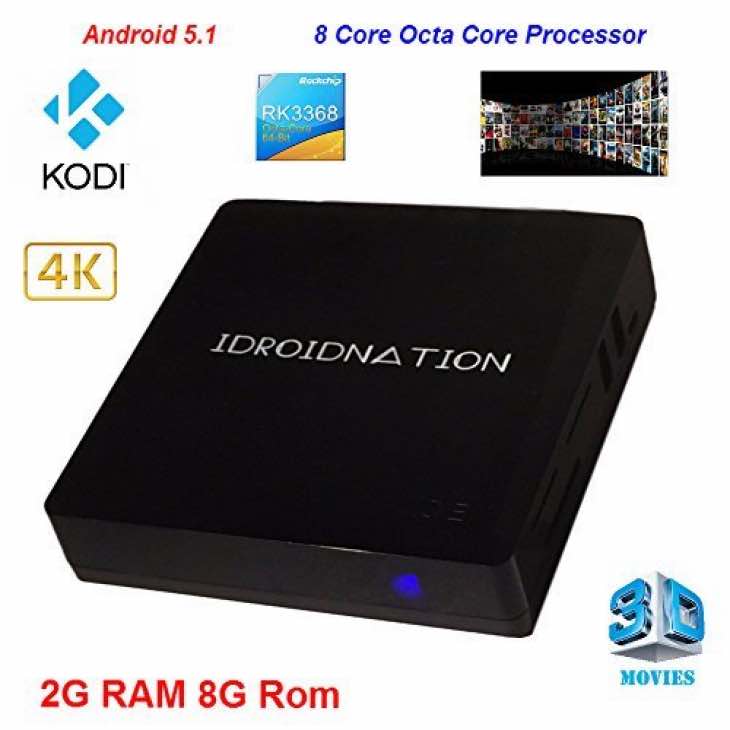 Xiaomi Mi Box – Ok, so this box might not be released just yet, but if you will be in the market for buying an Android TV box later this year, then you might want to consider this model. Not only do you get a 64-bit quad-core processor, but there is also 8GB of onboard storage and 2GB of RAM to help make things run as smoothly as possible. This box also supports 4K and also allows you to connect USB storage to store even more content. The only issue at this time is the lack of details on its price.

Sharp AQUOS TVs – This Android TV is not a set-top box, but rather a full-on TV with Android built-in. The reason we picked this model over a Sony one is the fact that this does not have 1080p, but rather 4K instead. It’s a huge difference, especially as streaming sources are starting to up the ante in terms of 4K content. What we also like about this TV model is how you can get the 60-inch LC-60UE30U for just $1,340, or the 70-inch model for around $1,900.

These are just a few of the best Android TV models, although we will keep updating to this list.

If you would much rather a Kodi Box, then there are a few options for you, but choosing the right one can be problematic, and so we will try to offer some guidance. We know that a lot of it comes downs to personal preference, but we hope this list helps a little.

G-Box Q – One such option is the G-Box Q, as this connects to your computer and gives you 4K support through your monitor, as long as you have a 4K monitor of course. The quad-core processor works alongside Android 4.4 to ensure a superb experience. The only downside is the cost, as Amazon currently want $97.

Blvk Box Media Player – Even though this is an Android based box, it comes with an array of Kodi add-ons, and so an ideal device if you do not wish to configure them, as they are plug-n-play. The current price is $175.

Idroidnation I-Box – There is also the Idroidnation I-Box to consider and because it comes with Android 5.1 installed, it will run some of the Kodi add-ons even better than those boxes with only 4.4 support. What’s even better than the previous models is how there are 8 cores to the processor, and Bluetooth 4.0, although still comes with just 2GB of RAM and 8GB of onboard storage. The price for this model is $110.

Like we said above, this is an ongoing list, although if you would like to add some more, then please feel free to do so in the comments section below.