We have lost count how many iOS apps we have discussed, and we feel that we have left Android users out. However, today we thought we would look at some of the best Android phone apps for business use. Like the App Store, the Android Market sorts their apps out by top paid and top searched, so we thought we would look at two of the best from each.

The first app is called Exchange by TouchDown Key and out of almost 3,600 ratings has four and a half stars. That gives you an idea at just how good this business app is, and using it on your Android device makes it possible for you to collect your Corporate Email, Tasks, as well as your Contacts Calender. We must warn you that you will need to install the trial version first in order for this app to work.

Next up we have DocumentsToGo Full Version Key, this also has a four and a half star rating and has over 10,600 votes. If you have Microsoft Word and Excel, then this key will unlock the premium features, making it possible for you to edit things such as Google Docs etc. There are so many advantages to using this app, but people have suggested that creating footnotes would be a nice touch. 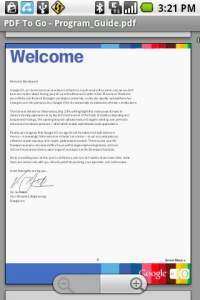 One of the most popular free business Android apps has to be Craigslist. When something new is posted on the website you will be sent a notification, this will allow you to get the best deals before others without the app. Some will wonder why this would be in the business section, but there are companies who use this service to save a huge amount of money on products.

One app that we thought we would recommend is WorldCard Mobile. With this app you can take a picture and then add a contact that is all you need to do. The technology is clever in the way that once you take a picture of someone’s business card the app will then read all the details and then create a business card that can be accessed on your Android phone.

These are just four examples of business apps for the Android user, what others do you suggest?