The 2016 Auto Expo is truly underway, well for press only at this time. However, it will only be a couple of days for the public to head down to the Expo in New Delhi. We have already been treated to some great new car launches, although we have seen a varied selection of new bikes being showcased as well.

Here is a quick look at some of the best 2016 Auto Expo bike announcements so far, although we are sure more will follow in the coming days. 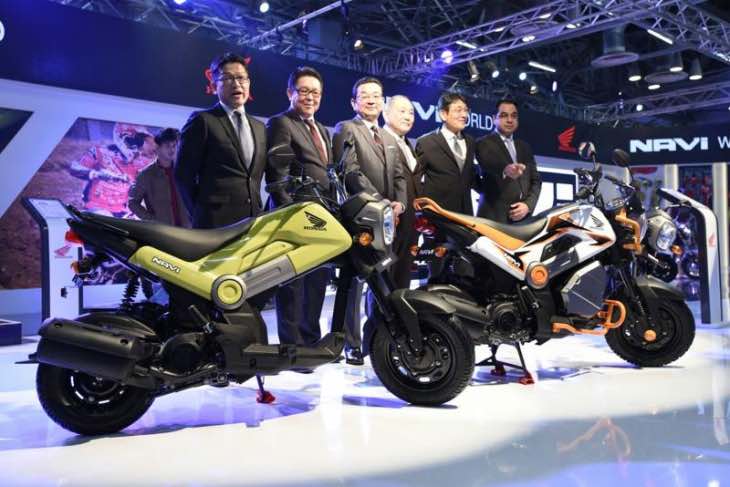 Bollywood actor Ranbir Kapoor was on stage earlier today to show off Hero’s concept bike model, which is called the Duet. Kapoor was seen on the motorcycle with Pawan Mundal, the Hero Motorcorp chairman.

Next up we have the new Suzuki Gixxer SF, which has also been unveiled, along with a few other smaller models from Suzuki.

Another bike that was unveiled today during this year’s Auto Expo in New Delhi, India was the Renegade Commando by United Motorcycles Global. There was also the DSKâ€‰Benelli TRX 502, which is an Italian superboike and also the Honda NAVI, which we discussed earlier.