There was an unscheduled BESCOM power outage yesterday, which lasted for a total of four hours. This was a huge blow for customers, but also made BESCOM as a company look stupid because they have already been in deep discussion about a shortage of power in Bengaluru, whch is better known as Bangalore.

We can understand why there will be planned outages, and this does not anger customers as much because they have time to prepare, but not those that were unscheduled. Many BESCOM customers could have been in the middle of something using the Internet, and when the power went out this would have caused them huge problems. Just imagine not being able to charge your phone up either, we suspect that the electrical supplier were inundated with complaints. 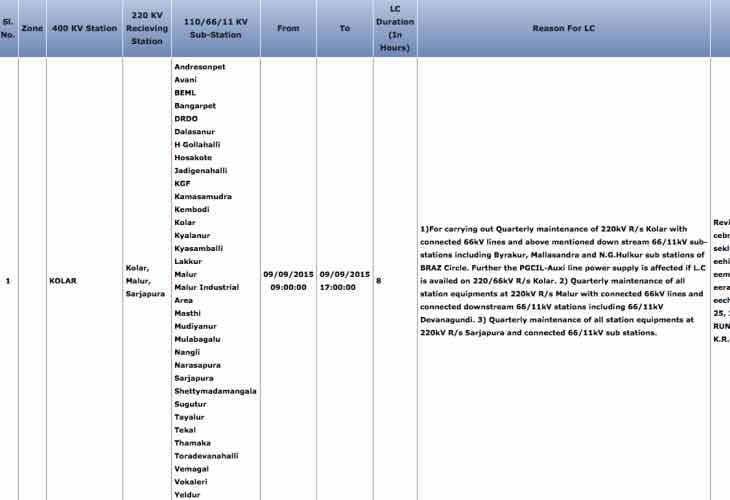 BESCOM power cut schedule in 2015 – There are also power cuts in other areas of India today, although these have been scheduled for a while now, which you can see in detail on this page.

We can already see that there are scheduled BESCOM power cuts in KOLAR, SOMANAHALLI, and HIRIYUR (BEERANAHALLI) through the day. If you would like any more details, then please feel free to call BESCOM on the numbers provided in the image below.