FIFA 15 is now out, with players getting sucked into Ultimate Team like a devil possessed – following the same pattern from FIFA 14. Now, looking ahead to the highly anticipated FIFA 15 January transfer update, we have a glance at one of Liverpool FC’s top striker targets.

If you have been watching the Barclay’s Premiership so far, you’ll know that Liverpool have suffered since Luis Suarez left the club, not helped by the fact that Daniel Sturridge has been injured – reflected in FIFA 15 Ultimate Team of course with the excellent Match Day Live feature which automatically placed Sturridge on the injury list.

As a result, it is almost 100% certain that manager Brendan Rodgers will look for a new striker and the biggest January transfer rumors for LFC so far suggests that Karim Benzema to Liverpool could be the answer. 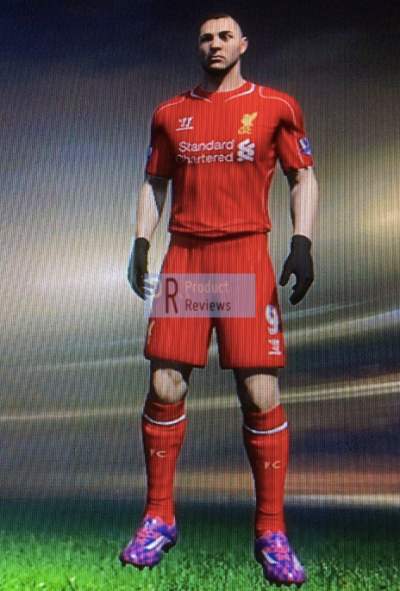 In view of this, we present to you an early look at the French striker himself, kitted in his lovely LFC kit ahead of the move that EA may be making official after the FIFA 15 January update release date is live.

Most will agree that he looks rather good, we like the little gloves that EA have added as well – a nice touch indeed for a dose of individual characteristics thrown in.

If Benzema does move to LFC, he’ll also become the new highest rated player too – since an 83 for Sturridge is the highest rating in the team, which many FIFA 15 players are still not happy about.

Would you love to see Benzema in a LFC shirt on FIFA 15 for real after the January transfer update? Give us your best predictions below. What other players would you like to see pictures of in a different team shirt?