Back in Auguest Bentley started to take some camo off its SUV to give us a slightly better look, and we could see a number of changes from the earlier test mules. Well, the company has taken more camouflage off to give us the best look of the Bentley SUV to date, and there are a few concerns. At this stage in the testing program we feel the current look of this sports utility vehicle is a cross between a VW Touareg and Chinese knock-off.

Now that more camouflage has been taken off we do get to see some styling flare, or lack of it as the case may be. We just worry because it looks a lot like the Volkswagen Touareg, an SUV that it will be rivals with, although we do expect the interior to be in a different league – well that is the hope. 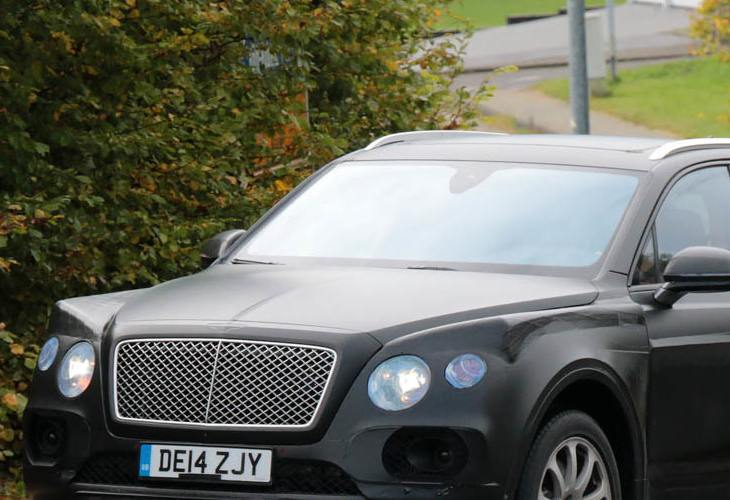 There has been a negative reaction to how this Bentley SUV looks like, as it does have some strange looking horn like feature above the headlights, and weird bulges on the rear arches. However, before you start to complain about its styling too much, it is clear to see those areas still have some form of camouflage on them in order to avert your attention from what the final production model will look like.

With that being said, the Bentley SUV concept was not attractive to begin with and we don’t hold out much hope for the production version either. As it sands right now the front end does remind me of a London Cab.

Do you think there is a market for a Bentley SUV, or should they be more like Ferrari and concentrate on what they are good at?

More images can be found on Autoevolution.