The last weekend in June will be one of the biggest UK car events, Goodwood Festival of Speed, and even before Bentley set things up ahead of the event they thought they would tease us a little by unveiling details of the Bentley Continental GT3-R, although they did leave one vital piece of information out.

Even before we look at some of the Bentley Continental GT3-R specs we can tell you that this model is Bentley’s fastest in terms of acceleration, and is the most dynamic road car they have ever built.

The Bentley Continental GT3-R is based on the ever-popular Continental and has just two seats, so a true racers car. Don’t think for one moment that this big lump of a car will be slow off the line, as it will come back to bite you in the behind. 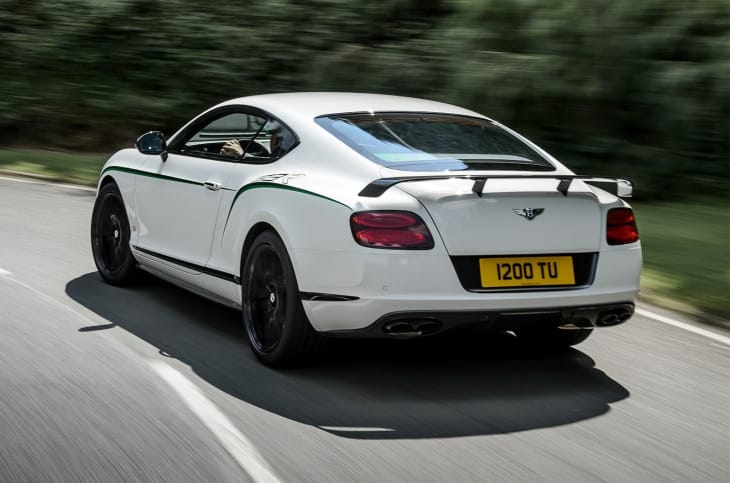 Some of the main Bentley Continental GT3-R features include a V8, 4.0-litre twin-turbo engine that produces 572 horsepower, more than the Jaguar F-Type R and Mercedes AMG GT.

To help transfer that amount of power is an eight-speed ZF automatic gearbox with shorter ratios than other Continental GT models to help get you up the gears faster, which is what helps to give it jaw-dropping acceleration.

Bentley Continental GT3-R performance figures — Bentley says that this new race inspired model will go 0-60 MPH in 3.6 seconds and has a top speed of 170 MPH, which is rather impressive for such a large car.