There’s once again a lot of excitement in the air regarding Summer transfers now both for FIFA 16 FUT players and those who are planning to get FIFA 17 next month.

Now we have had another big transfer confirmed today, Christian Benteke to Crystal Palace is finally completed for a fee of £32m from Liverpool FC.

This means that all eyes are now on EA to see when they will decide to move Benteke to CPFC on FUT 16. Usually the developer is quite quick when it comes to moving players around, but as we saw with the Pogba to Man Utd transfer it can sometimes take longer than usual. 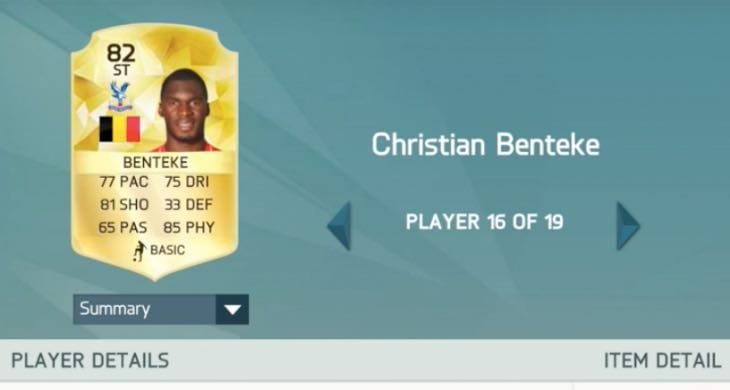 This is due to the fact that EA won’t simply update Benteke on FUT 16 as a standalone transfer, they will wait until several transfers have been completed in the same week so they can do them in a batch.

With this in mind, don’t be surprised if you don’t see Benteke in packs at CPFC until August 31 when the transfer window deadline is met. Hopefully it will happen before that, but you need to keep checking this Google Doc for live updates on when the transfer has been completed.

Are you shocked and excited about Benteke to Palace? Give us your thoughts below.