We already knew that the iPad 2 could be getting Light Peak, but what would be the benefits of the MacBook Pro getting it in 2011 as well? The reason we ask this is because Intel and Apple are expected to hold a meeting tomorrow talking about how the new technology will be of benefit to both companies.

Earlier today Alan Ng briefed you on some of the rumored specs, and asked if they were real or not. However, one piece of tech that was missing from that article was Light Peak. So is this new connection type hiding inside the new 2011 MacBook Pro, which are rumored to be sealed up on pallets in store rooms across the U.S.?

The deal with Apple and Intel involving Light Peak has been going for years, and only now could we finally see it coming to fruition. This new standard will be of great benefit to the user, as it will be able to handle huge amounts of data, much more than USB 3.0. Apple Insider even suggests that it could not only replace USB but also Ethernet, DisplayPort and FireWire. 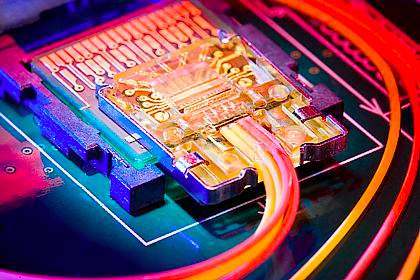 Light Peak is expected to offer transfer rates of 100Gbps, which will be achieved thanks to fiber optic strands. We should have just one day to learn if this is true or not, and we will know just by a different case design.

CNET News say that the Intel will hold a press event on Thursday in San Francisco, and will also have demonstrations on new technology and products. So we know that Light Peak will be one, but what else will the chipmaker offer?