If your children are fans of Ben 10, they can now get their favorite characters and stories for their iOS device thanks to an updated application. Ben 10 Science Friction is available for owners of the iPhone, iPad, and iPod Touch.

Released by California based iStoryTime and Cartoon Network Enterprises, the application is downloaded directly to the device for your child to enjoy anytime. Simple to use the app has different narrations which can be turned off so parents can read to their children.

With highlighted text the application will help young readers make associations between the words they hear and see. The developers plan to add additional titles from Ben 10 Alien Force and Ben 10 Ultimate Alien. There are also plans to bring the Bakugan series to the range soon. Parents have already given the app some good reviews. 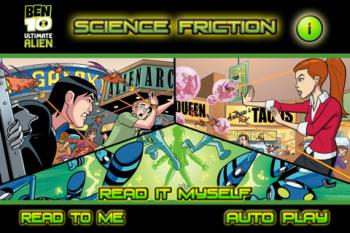 Ben 10 Science Friction is available worldwide on the App Store for only $1.99. iOS 3.0 or later required. 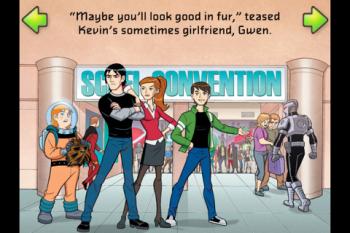