This is the last of our Belkin WeMo product reviews for today, although for a while now because we have finally come to the end of what we were sent. It’s been great getting to know these devices, although there are still two left, and because they are very similar in what they do, we thought it would be best to do them as one review. The items in question are the WeMo Switch and Insight Switch, both of which have the same task, and that is to allow for easy home automation. 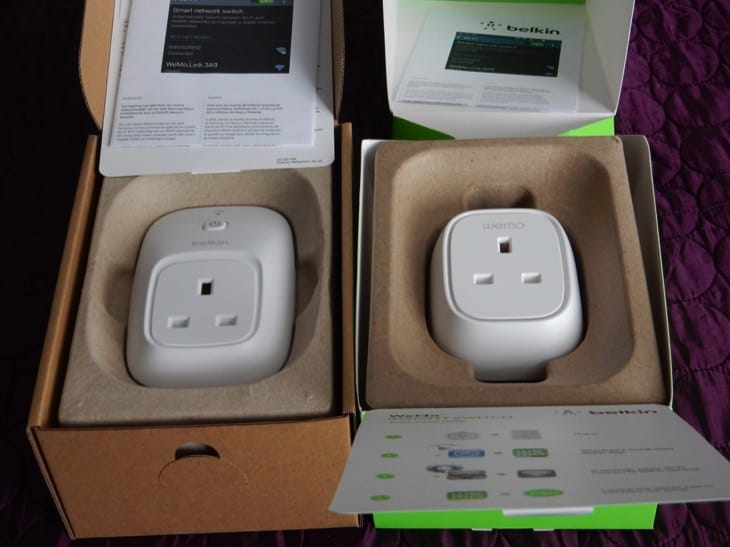 Before we take a look at each of these and offer our own review of them, we thought it would be wise to point out the differences between the two of them. The WeMo Switch was first to be introduced, with the Insight model coming a while later, and while some of you may think it is simply a replacement, this would not be intently true. 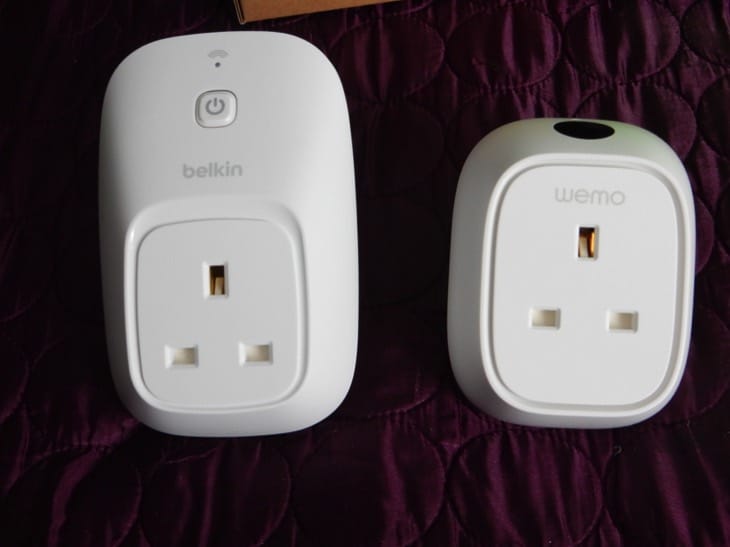 To make things that bit more confusing, it’s not really a new product either, and so some would say it’s more like the WeMo Switch 2.0. Both have a smart outlet, meaning you are able to connect them to your home’s Wi-Fi, allowing you to control anything that is plugged into them via an app, either Android or iOS – not Windows at this time. 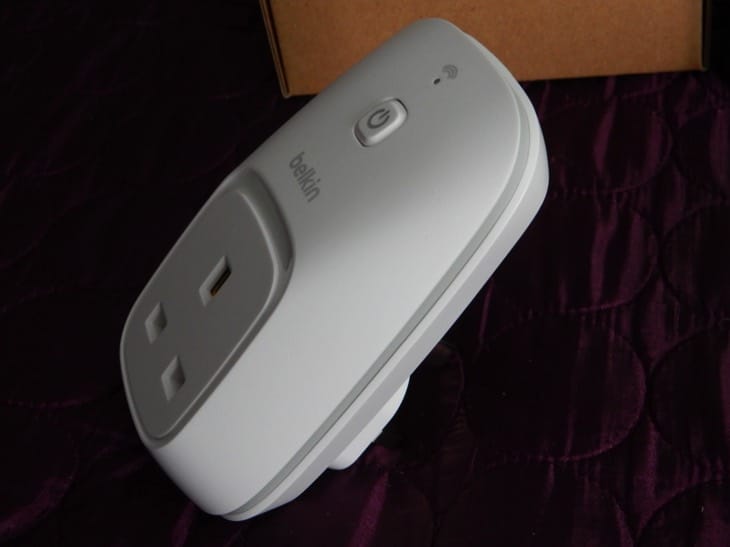 Both also have a few automation features, such as setting different times for these switches to turn whatever is plugged in to them on. The biggest difference is with the design, as the WeMo Insight Switch is not only smaller, but has a touch-sensatvie button rather than a physical one on the original Switch. However, it’s the functionality where you will notice the biggest difference, as the Insight Switch has the added feature of energy monitoring – perfect for those trying to reduce their electricity bills. 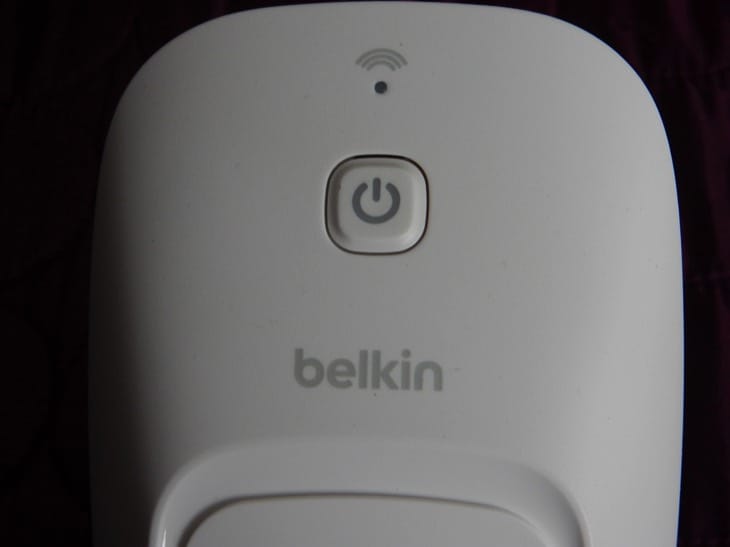 You can find out how much your energy is costing for the device plugged in to it, which is based on the current energy rate. The original Switch only has a power button on the app so that you can toggle on and off, along with setting schedules. The biggest issue will come down to which of the two you should choose, and we would like to tell you that both work great. 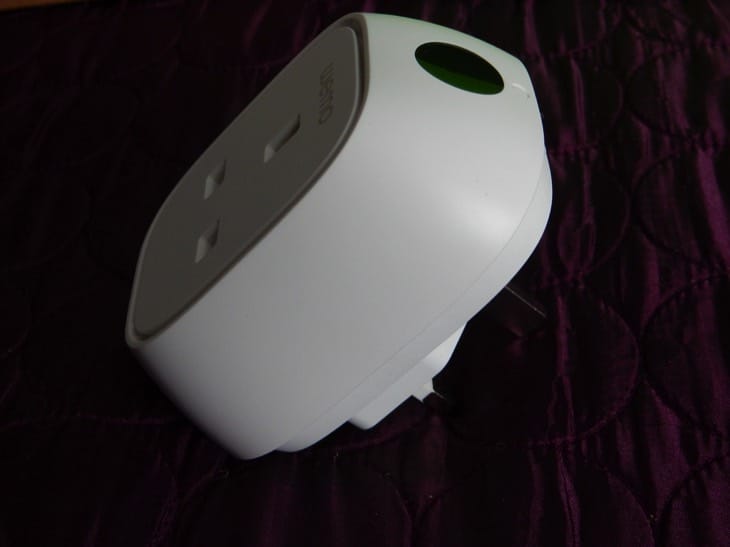 If you just want a simple on and off, with automation features that can be controlled from your smartphone or tablet, then the original WeMo Switch would be the one to go for. However, if you are wanting more control, such as knowing how much the devices that are plugged in are costing you to run, and also a smaller, design, then the Insight Switch is it, although you will have to pay an extra £10 for the privilege. 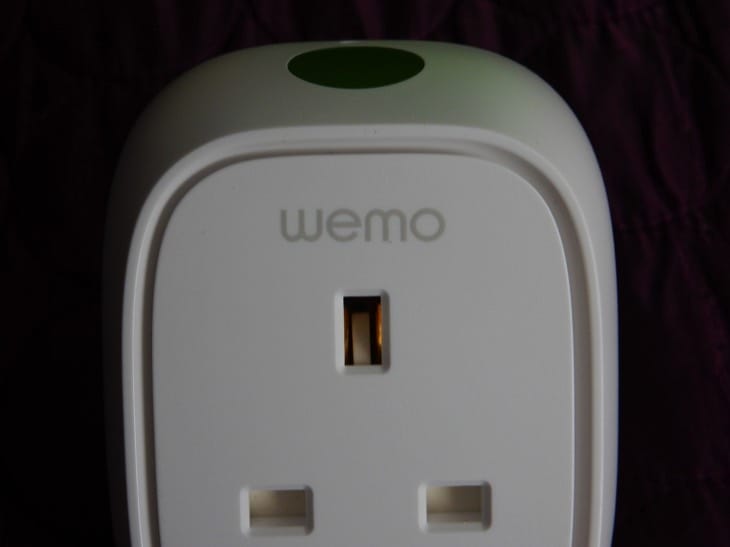 Let’s start with the original WeMo Switch from Belkin, which allows you to take control of the devices plugged into it once you have installed the app. Before we get going, you could add a WeMo Motion Sensor, to even allow those devices to come on once it detects motion. 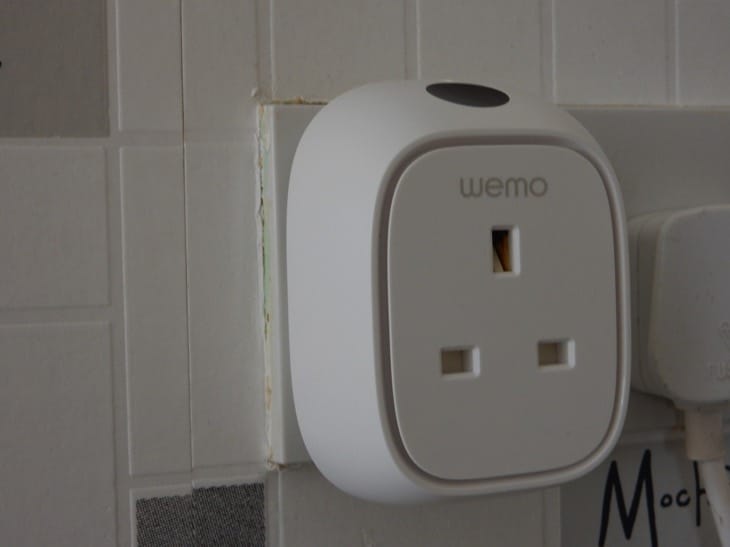 The first thing you need to do is plug the Switch into the wall, then plug the device in, and then turn it on at the wall. You will then need to install the WeMo app, which can also be used to control the WeMo LED Lighting Starter Set, which we have already reviewed. Once you launch the app you will then see some instructions on how to proceed, which was straight forward enough. All you need to do is go to the iPhone settings, go to Wi-Fi, select WeMo’s temporary WiFi network, go back to the app and you will then see the device listed. You will then let the app know the name of your usual Wi-Fi network and then enter its password to connect to it, and then store those settings. Once this is done, adding new WeMo products will be much quicker, as you no longer have to go through the first part of the set-up process. 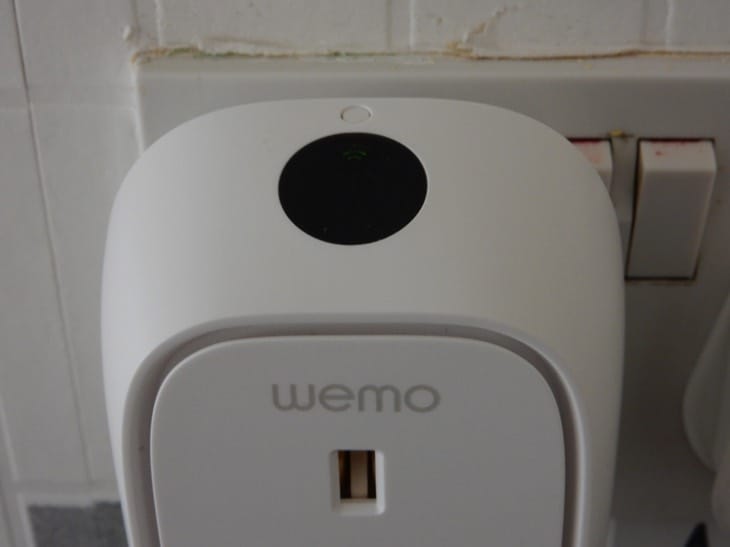 It’s really as simple as that, and not too much to tell you about the Switch itself, as you cannot do more than the basic features of the app, and those include on/off at sunset and sunrise, on and off any schedule you set, and also the ability to control over 3G, 4G and Wi-Fi.

As for the Insight Switch review, there is not that many differences, although what really makes it shine is the power usage tracking and how you can integrate its programmability with that energy tracking with IFTTT. More details on this can be found HERE. 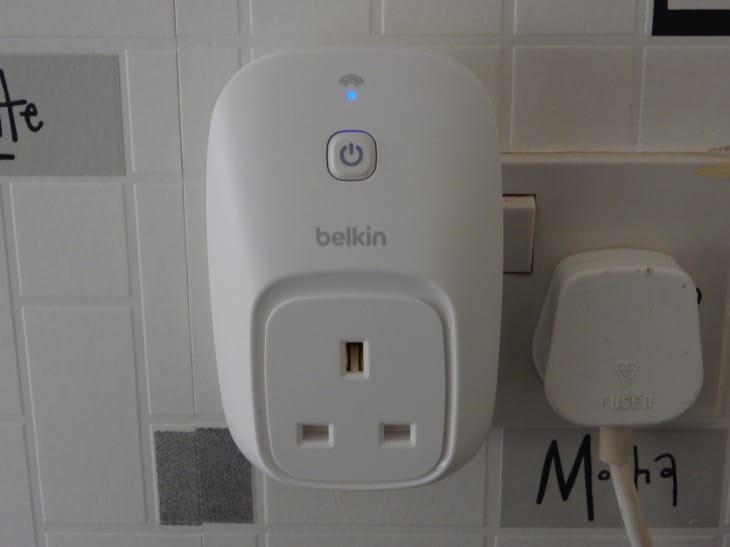 We also found the Insight very simple to set-up and while it took several tweaks of the app settings, it worked just how it should do. Ok, so we did have a minor issue with notifications, but managed to fix it, as we later found that the lamps that I had in was pushing more power than I had set in the power settings, and so just had to tweak that. 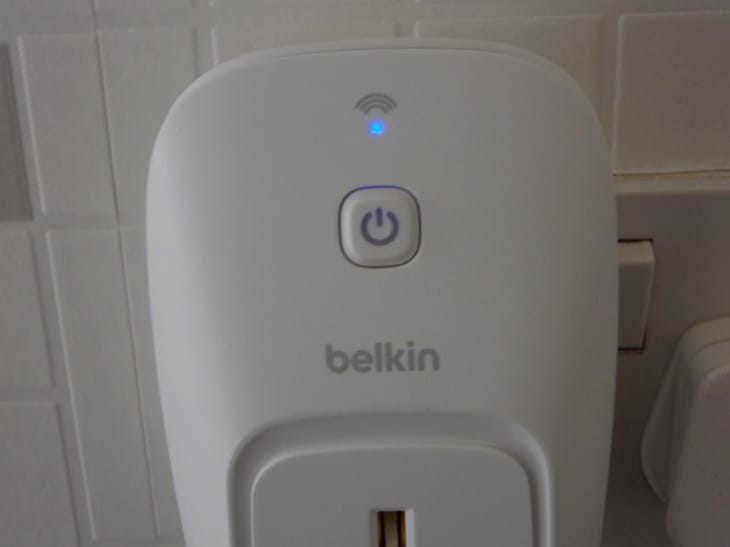 We had read reports of the app suffering from some lag, but we never really had much issue, and so can only presume this is due to a recent app update to version 1.15.2 last month. There really is not much to these devices, as they pretty much do exactly what is described of them, and so the only issue you will really have is choosing the one for you. Remember, the WeMo Insight Switch will cost you £49.99 and the WeMo Switch £39.99 direct from Belkin.