There has been some very important news this morning, regarding a change to UK law which now requires BBC iPlayer viewers to need a TV license in order to continue watching content.

As most of you know, each time you log into iPlayer you were initially greeted with the pop-up notification that says you may need a TV license to watch content.

This was referring to the fact that millions used iPlayer to watch catch-up TV on the service as opposed to live TV which was the ‘iPlayer loophole’ that it is now being referred as – thus preventing users from paying the £145.50 annual license fee. 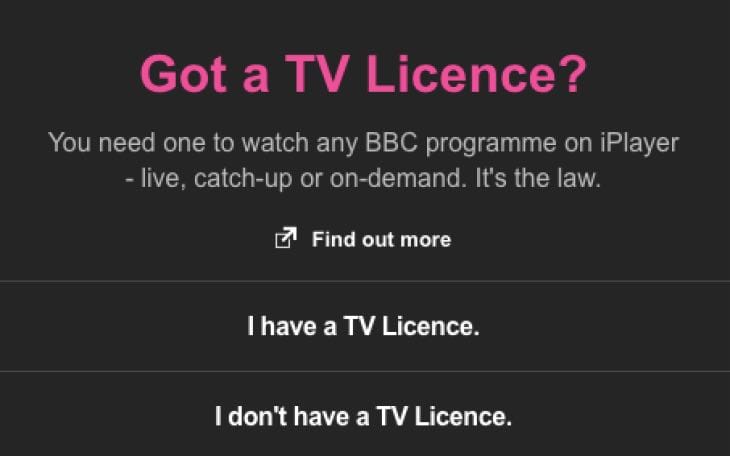 As of September 1, 2016 that has now changed. You will now need to pay that amount regardless of whether you are watching catch-up or live TV and for those that are using VPN to watch iPlayer abroad, we can see that you are worried.

Have a listen to the statement from the TV license board, to the BBC on how there are apparently methods to track iPlayer activity, without going into full details:

“We have a range of enforcement techniques which we will use and these have already allowed us to prosecute people who watch on a range of devices, not just TVs.”

You should also have a read through the new TV License FAQ which answers questions on who needs to pay a license and who doesn’t.

So where do you stand now, as a VPN user watching The Great British Bake Off outside of the UK – can you still do it? As far as we’re aware, this rule change is still not going to affect those watching without a license – simply due to the fact that the BBC has decided to stick with the ‘trust’ policy with their notification pop-ups, as opposed to requiring a username and password service linked to a valid TV license.

Until that happens and stricter methods are enforced, it looks like many consumers are just going to treat it as business as normal. If you don’t believe us, just take a look on social media feedback under the filters “iPlayer, TV license and VPN’.

What is your opinion on this new rule change for the BBC iPlayer? Do you use a VPN to access content outside of the UK?