The BBC iPlayer app is not working right now on iPad, iPhone and Android devices, In fact, we have also checked the BBC iPlayer website and receive an error message after the page hangs for some time. This reveals some major problems right now, also we’ve seen around 700 tweets in just a few minutes reporting BBC iPlayer is down.

This latest outage comes just a few days since previous problems with bbc.co.uk/iplayer. Those issues were much like the 500 Internal Error being seen on the official website right now.

You can see a screenshot of the current “Error 500 – Internal Error” message, which was taken from BBC’s official website where the iPlayer is meant to be streaming TV content. This will certainly make some people wonder why they are paying a TV licence, although the problems shouldn’t last too long as with the outage a few days ago. 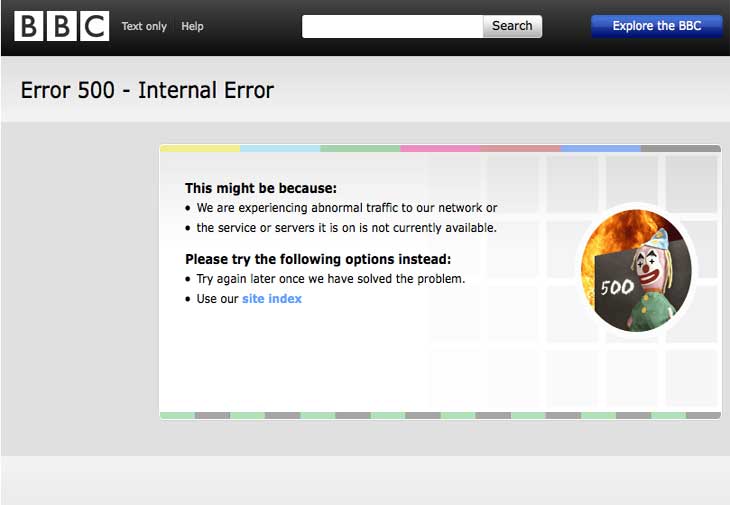 Is the BBC iPlayer not working for you today and if so, what location are you in and with what ISP? We’ve tried in Broadstairs, Kent, and also in London. Both of the attempts to access the BBC iPlayer were with BT Infinity broadband, although we expect the problems are with all ISPs.

Update: We just checked both the iOS and Android apps, also the online service and still see an error stating “BBC iPlayer is temporarily unavailable due to a technical problem”.