We have been informed that the BBC iPlayer is down after people started to experience streaming problems. When you visit the page you are met with a message saying the service is temporarily unavailable because of a technical problem. BBC says things should be up and running as soon as possible, although they have not given a timescale.

Users have been complaining, saying the BBC iPlayer is the most unstable media player of them all, as there are always issues that see the service go offline. If you were hoping to get online via the BBC iPlayer app, then don’t bother, as the whole service is down. 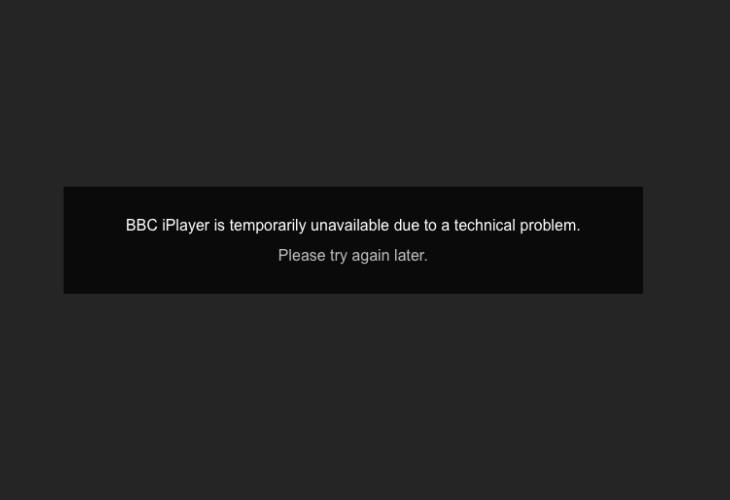 Users were seeing Error 500 and Internal Error messages before the BBC updated the webpage for the iPlayer, so it would seem the service has been down a while. One of our readers said the iPlayer was experiencing abnormal traffic, which could be the reason that people were not getting the service.

Another reader said to us they are not next to a TV and were hoping to watch certain programs on their laptop or mobile device, so it would seem they will have to watch it on catch-up. You cannot even use the Sky Go service, as this does not allow any programs from BBC channels.

How long have you been trying to get onto the BBC iPlayer?