PS4 owners may have reason to celebrate at the moment with upcoming exclusive Bloodborne from the developers of Dark Souls, but Microsoft may have their own ace in the hole to announce soon.

We are hearing that it has been confirmed that Microsoft has now filed a trademark for Battletoads, i.e. the franchise that first showed how an arcade 2D platformer should be like.

It’s also part of the acclaimed series of games from developers Rare who were so prominent back in the days of the SNES, churning out other classics such as Killer Instinct, Donkey Kong Country and Goldeneye 007 on the N64. 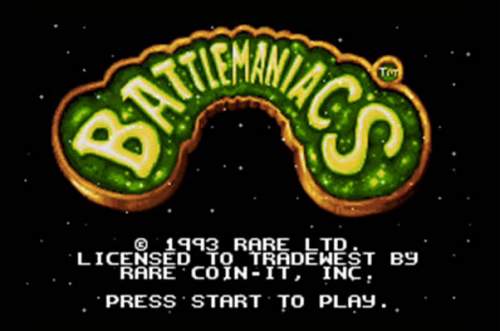 Now, Microsoft could be bringing it back as an Xbox One exclusive, just imagine the prospect of that for a second. Rare back on a game which doesn’t have anything to do with Kinect Sports, and David Wise back as the legendary composer – it almost brings a tear to our eyes.

We are also getting flashbacks to the immense difficulty of the original Battletoads game on the NES – how would you feel if Rare brought that aspect of the game back as well? It would sure give Dark Souls a run for its money if it includes the bike stage.

Either way, it is going to be a massive blow if PS4 owners do not get to enjoy one of the best retro series ever. Let’s wait and see what happens, but for now the trademark is secured and Microsoft may have some bombs to drop soon.

How do you feel about this? Listen to one of the theme’s below for a taste of nostalgia.