Even better, a recent Tweet by the official Battlefield Twitter account confirms that this update will be going live next week, specifically on April 28 for PC and consoles.

As far as we’re aware, this should end up being the Battlefield Hardline 1.02 update, but we’ll keep you updated if that version number changes to something else. 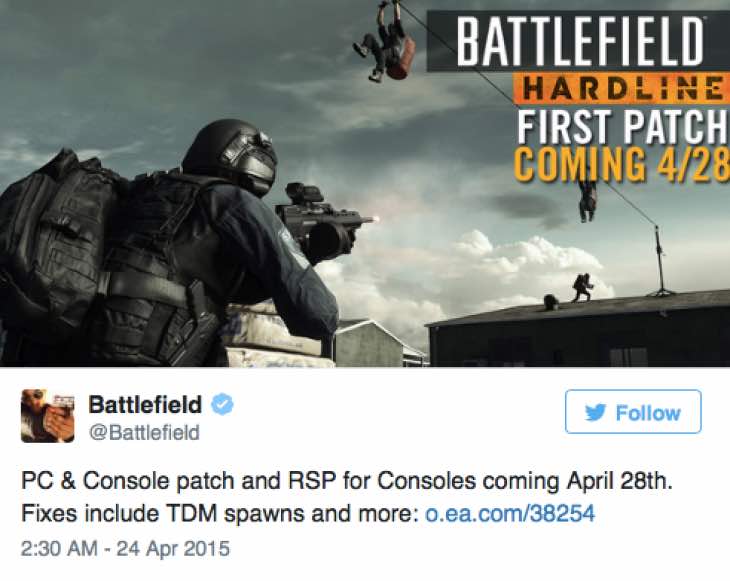 As revealed on the Battlefield Blog, we can also tell you that the next patch will extend the time limit for Conquest match modes too – this will be a change that affects both Conquest small and large modes.

There’s no set time for when the new TDM spawn fixes will be implemented in game, but at least now you know that it is coming next week.