The Battlefield Hardline release date is over 3 months away and already we’ve seen a long list of changes thanks to a recent beta. Now that the first test period has ended, the games lead multiplayer designer has had time to list vital changes to the game thanks to feedback from players, although the first Battlefield Hardline beta only involved a small part of the finished game expected towards the end of October.

Fixes and improvements made to Battlefield Hardline include increasing player speed by 10 percent, changes to suppression with no affect on aimpoint and situational awareness taking a hit, fixes to stairs in High Tension to stop players being pulled into walls, and much more.

Developers broke the changes down into headers that we’ve embedded within a screenshot below and these also include special vehicles, reducing camera shake, additional feedback when looking for objects above or below, and also taking notice that the Survivalist gadget was overpowered and changes needed to be made. 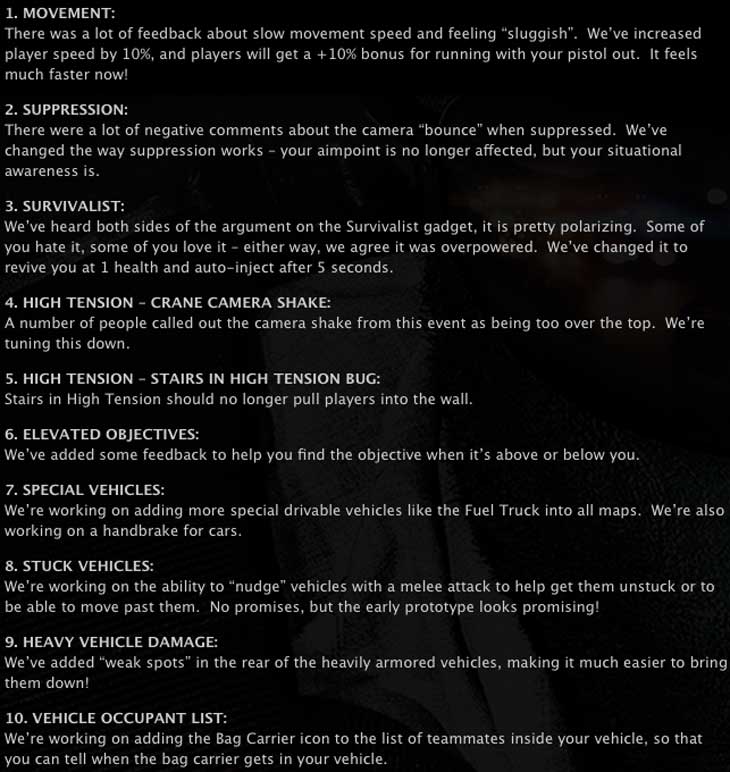 Take a look at the full list of changes below and then share a comment, especially if you took part in the Battlefield Hardline beta. If you didn’t see the 60fps multiplayer trailer you can watch it below an earlier article thanks to EA’s YouTube channel, or take a look at the latest news on the official blog.