It is almost time for the official launch of Battlefield Hardline. The game from EA and Visceral Games launches on Tuesday for gamers in the US and at the end of the week for everyone else in Europe.

If you are playing on PS4, you may have opted for the pre-load option, allowing you to download Battlefield Hardline early and ensure that you have installed the bulk of the data file so that you can play as soon as possible.

We can tell you that on PS4 at least, there will be a 6.53GB file that you need to install before you can play. This isn’t the full install size for the digital version of course, as this will be just over 40GB. 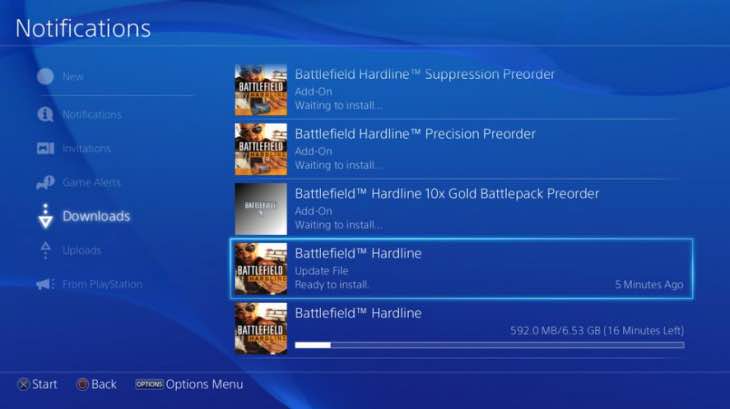 If you have already purchased Battlefield Hardline Premium, then you’ll also be able to download some of bonus items right now too – including the 12 gold battle packs and some other in-game add on items.

It’s worth checking your console now to see if any updates for Battlefield Hardline have started. If you are excited about the release time on your platform, let us know if you have installed anything yet.