The official Battlefield Hardline release date for UK and USA only arrived under 24 hours ago, although top retail locations in both countries are already working hard to promote this launch date.

In the UK, we’ve seen the likes of GAME sending out promotional emails for Battlefield Hardline. GAME explain the “release date just announced” and from March 20th, you can pickup either the Deluxe or standard edition in local stores. There’s also a list of pre-order bonus items only at GAME, as seen on this page. 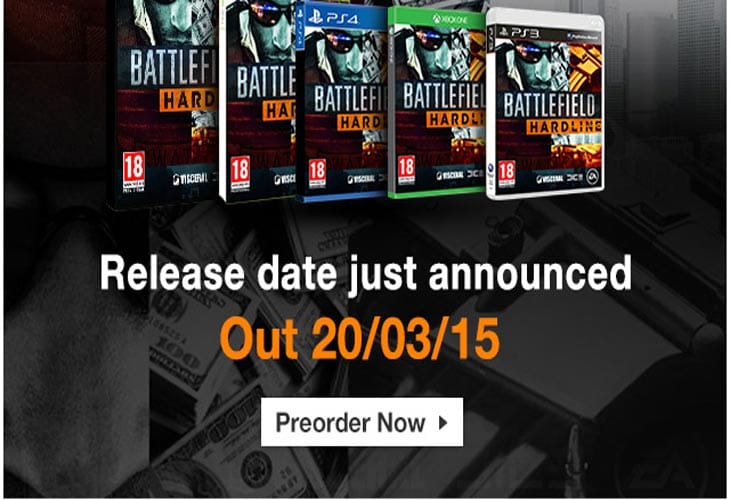 The Battlefield Hardline USA release is being promoted heavily by GameStop, and you can see some of the deals they are offering for those that pre-order early in the screenshot below. 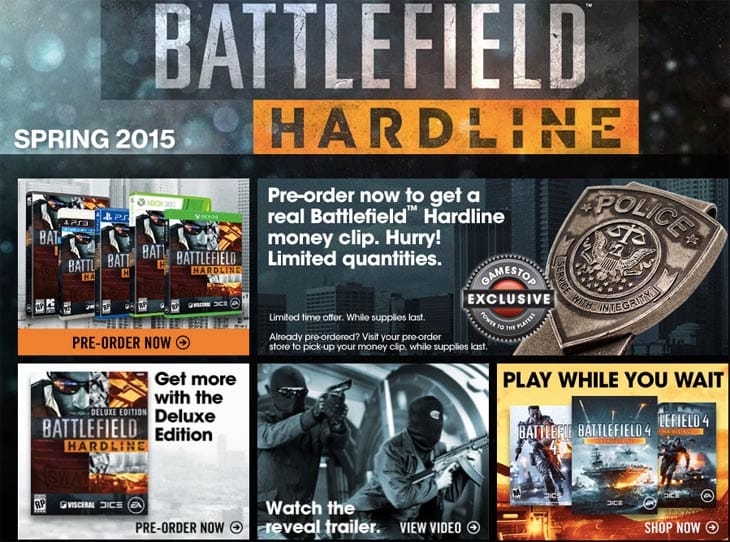 All the release dates have been updated on GameStop, which listed only as Spring previously. You can now see March 17th, 2015 for all platforms. This is a few days earlier than UK and includes Xbox One, PS4, PC, and previous generation consoles. You can see GameStop’s dedicated hub here with updated information.

Now we have the official date, will you be placing a pre-order for Battlefield Hardline?