Are you enjoying the Battlefield Hardline beta so far? We have to say we are loving it from what we have played, although really we have only just touched the surface and explored 64-man Conquest as opposed to Heists and Hotwire.

Another thing that we haven’t really explored in depth yet is the new Battlefield Hardline Hacker mode – essentially Visceral’s version of Commander mode from Battlefield 4.

Each team has the opportunity to play as a hacker instead, taking a birdseye view of the entire map surrounding you and help out your team in various ways.

These include taking over cameras that are scattered throughout maps, to even upgrading your whole squad with better perks to use in the battlefield – once you have acquired enough points to unlock it. 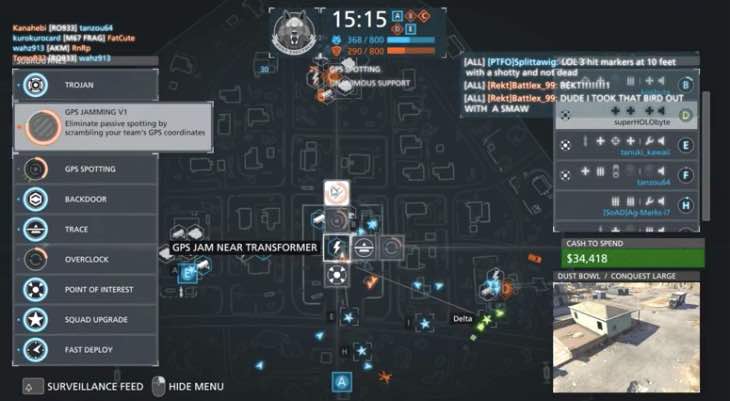 The biggest talking point at the moment though, is the use of UAV in Battlefield Hardline hacker mode. The hacker also has the opportunity to deploy an instant UAV in a particular area of the map, giving your teammates an exact heads-up on where the enemy is located if activated in the right spot.

Players will start out with a small surface area that the UAV covers, but once you begin to unlock Battlefield Hardline hacker upgrades, you can expand the UAV so that it covers a much wider area.

Some are saying that this is too powerful in the game at the moment and that Visceral Games needs to tweak it so that it isn’t so effective.

That’s the beauty of the open beta though isn’t it – to identify possible areas that need attention in the build-up to launch and exactly why Visceral are opening it up to everyone without restriction.

We have added a very insightful video below which explains how hacker works in Battlefield Hardline. Watch it and then give us your thoughts if you have already spent some time playing as hacker in the beta.

Do you think it that the Battlefield Hardline hacker UAV upgrade needs a ‘downgrade’ or is it perfectly fine as it is and gives a nice incentive to play as the hacker in the first place?