The Gold battlepacks are the instant ticket to success, just like a gold pack on FIFA 15 FUT. Each Gold battlepack contains 5 items, including a minimum of 2 Advanced items and 2 Standard items, with a bonus 5th item which you won’t find in silver and bronze packs.

If you picked up the standard version of Battlefield Hardline, you would have noticed that Visceral has handed out 3 bonus gold battlepacks to PS4 and Xbox One owners.

The only problem though is that when we redeemed our packs, we only received 2 gold battlepacks in-game, not 3 as advertised. 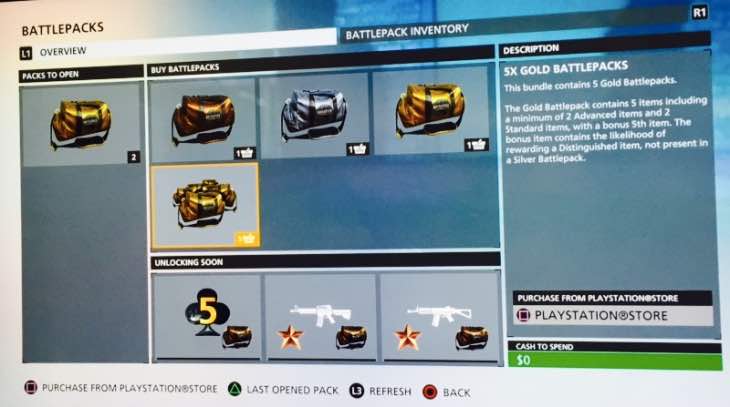 We’ve had feedback from other Hardline players too who say that they didn’t get the last pack either and only two – are we missing something, or are Visceral intending to give the third pack to players at a later stage?

It seems odd to hand out two instantly but leave the third one missing, so hopefully we’ll be able to get to the bottom of this mystery for you.

Elsewhere, we’ve also heard from some players that their Battlefield Hardline Veteran battlepack is missing too. If you have been owed battlepacks but didn’t get them for whatever reason, leave your comments below on whether you have been given them now – or if you are confused like we are.