We’re not talking about the actual Battlefield Hardline beta download, as that alone is 2.77GB on PS4. Once you have installed that, you are going to be surprised to see that there appears to be a second waiting time before you can actually play.

When you move past the main menu, you’ll see a message which states that Battlefield Hardline is ‘currently installing’, with a beta trial % beginning at 25%. 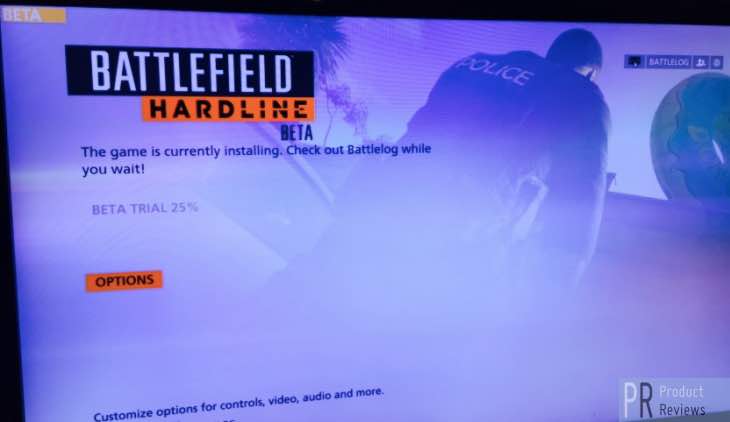 We can see from our own game that this is moving up very slowly, even on a 100MB connection – maybe 20 minutes for an extra 10% progress.

For those who are on slow connections, we hope that this doesn’t involve an even longer wait as it could get unbearable for those that are just wanting to play after installing the initial file.

Are you in the exact same position right now, where you are staring at the Battlefield Hardline beta trial loading time on your screen?

Let us know your thoughts on this below, happy gaming to everyone once you actually manage to get into a game.