We have some great news for Xbox gamers now, as you have the opportuntiy to pick up some DLC today absolutely free with no catch whatsoever.

It is one of the best DLC packs released for first-person shooter game too, as the Vietnam expansion for the critically acclaimed Battlefield Bad Company 2 is completely free to download right now.

We’re not sure of the reason why, but we can confirm that this offer isn’t available on PlayStation or PC versions so make the most of it. 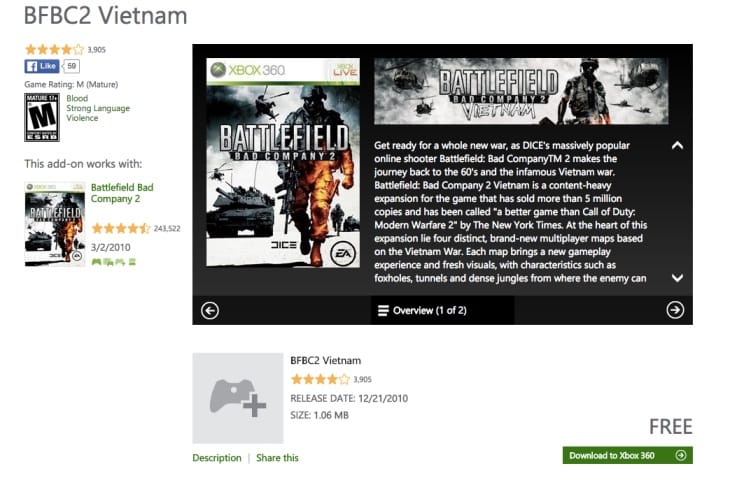 Although this is an Xbox 360 game, remember that Bad Company 2 is available on Xbox One through backwards compatibility. If you don’t have the original disc, you can buy the game digitally through the Xbox Marketplace for $9.99.

The only danger is whether there will actually be players to play with if you do decide to head back into BFBC2 Vietnam. This is game that released back in 2010 so we would be surprised if there are still large numbers playing 7 years later.

Still free is free and you can always grab this with the intention to play later. Leave a comment below if you intend to play and are looking for friends to play with!